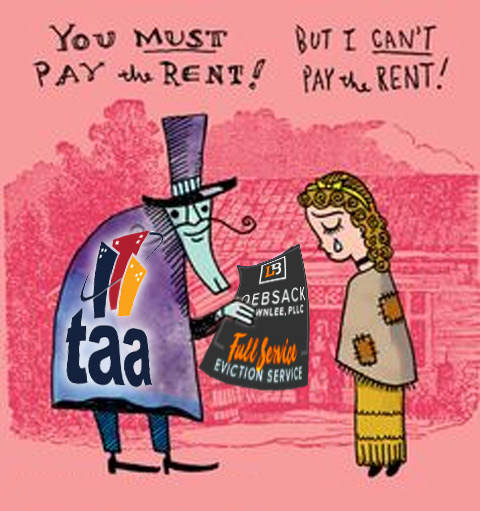 Jane Porter of INDYWeek writes in her INDY Daily Newsletter about the PAC money pouring into the City Council election. In this case specifically about money from TAA, the Triangle Apartment Association and their PAC, TGA, Triangle Government Alliance. We’re glad to see they picked up the story. It’s the same playbook TAA ran in the 2019 City Council Election and we have reported on it multiple times before. See the links to our previous reports at the end of this story. Here is what Jane Porter reported in her INDY Daily Newsletter:

The ad is from the Triangle Government Alliance (TGA), the independent expenditures arm of the Triangle Apartment Association (TAA), which, as Peeler correctly describes, is “essentially a landlord lobbying firm.”

While the TGA and TAA have jointly spent around $304,000 on independent expenditures for our local elections since the beginning of 2019 according to reports from the NC Board of Elections, October 14 saw the TGA drop $80,000 on unspecified consulting services which Peeler says likely, at least in part, paid for the pop-up ad. The TAA and TGA have also supported a few candidates directly this election cycle according to campaign finance reports: those are Baldwin, Melton, Forte, Lawson, Jennifer Truman running in District D, David Knight, Corey Branch, and Minu Lee running in District B.

This is all pretty gross. As Peeler wrote to me in an email, “it’s astonishing that certain candidates can get by with claiming they are for more affordable rental housing, for less displacement, and for supporting low income tenants, when they are being funded heavily by an organization, which is essentially a landlord lobbying firm, who is vested in ensuring none of those things occur. From their website: TGA says they work ‘on behalf of rental housing providers to raise awareness of issues that may potentially harm and adversely affect property owners.'”

As the Wake County Housing Justice Coalition noted on Twitter, the TAA and local landlords were advised by an “eviction services” firm called Loebsack & Brownlee PLLC during the pandemic lockdown.

Here’s some advice it gave landlords in an email at the time, as reported by WFAE:

In a recent email obtained by WFAE, law firm Loebsack & Brownlee PLLC advised its clients to consider other reasons to file evictions if they have federally backed mortgages.

Here’s what the email says, in part: “You may want to consider now to be an ideal time to do some ‘housekeeping’ with your tenant list by filing cases for all the non-rent lease violations you’ve always just put up with, and thereby cleaning out some of the bottom-of-the-barrel tenants you don’t really want on your rent rolls when the Moratorium ends, anyway!”

The email lists violations such as unauthorized pets, noise complaints or letting renter’s insurance lapse. It was written by attorney Chris Loebsack. He said many people in the rental property industry have questions about which mortgages are affected by the new stimulus bill, and he wanted to clarify the situation for clients.

You’ll recall there was an eviction crisis this time last year, when the federal eviction moratorium ran up and people across the Triangle were left scrambling to find stable housing. Good thing for Raleigh council incumbents running for reelection that they voted to move the election out to this fall rather than holding it last year.

Here are links to our previous reporting on the TAA and their suppoprt for City Council candidates:

David Knight is following the same playbook he used to buy his council seat in 2019. From our Follow the Money 2019 report comes this:

David Knight’s totals include $34,800 spent for direct mail and digital advertising on his behalf by the NC Property Rights Fund, a registered PAC associated with the NC Association of Realtors.

An additional $105,000 was spent for direct mail, digital advertising and polling by Triangle Government Alliance, a registered PAC associated with the Triangle Apartment Association.  Their filing documents do not detail what amounts were spent for specific candidates.  They supported three candidates in the election. David Knight and Saige Martin, who both won.  And, Brian Fitzsimmons, who lost.  Based on the information available, $35,000, one-third of the total, has been added to each