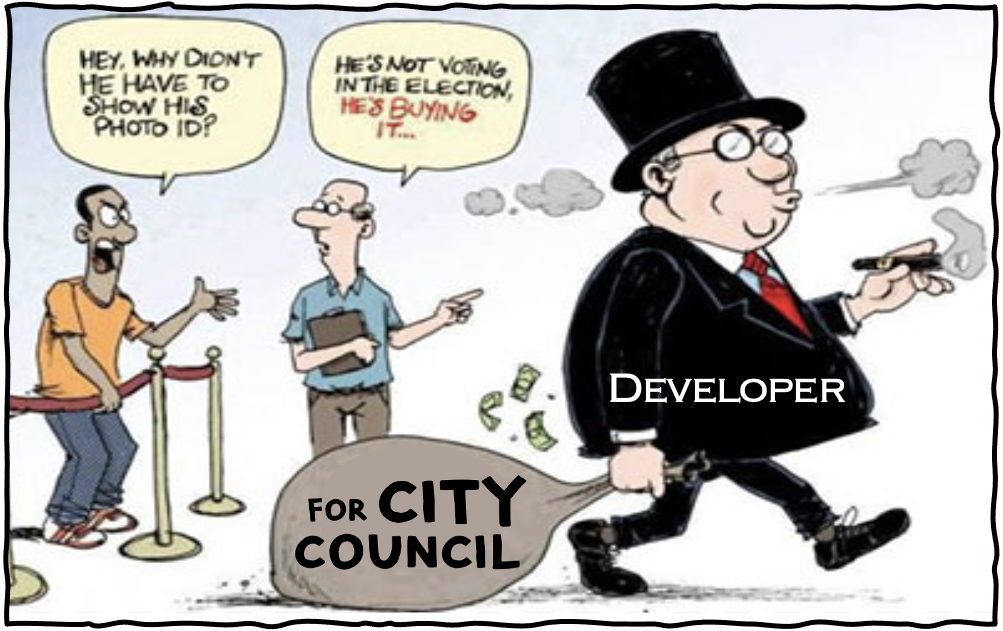 As a follow-up to Livable Raleigh’s previous blog, “Show Me the Money“, about the development community money spent in the 2019 City Council election, this time we look at the specifics for individual Councilors.

When you ask yourself, why do my representatives vote the way they do?

You will always find the answer when you FOLLOW THE MONEY.

It’s important to not ONLY look at the percentage of the campaign funding provided by the development community, but also at the raw dollar amount itself.  In some cases, the percentage may seem comparatively small, but the amount provided by developers is still larger than some other campaign’s total spending.

Also note that two individual district councilors, Knight and Martin, outspent both of the citywide At-Large candidates even though each of their districts make up only 20% of the city.