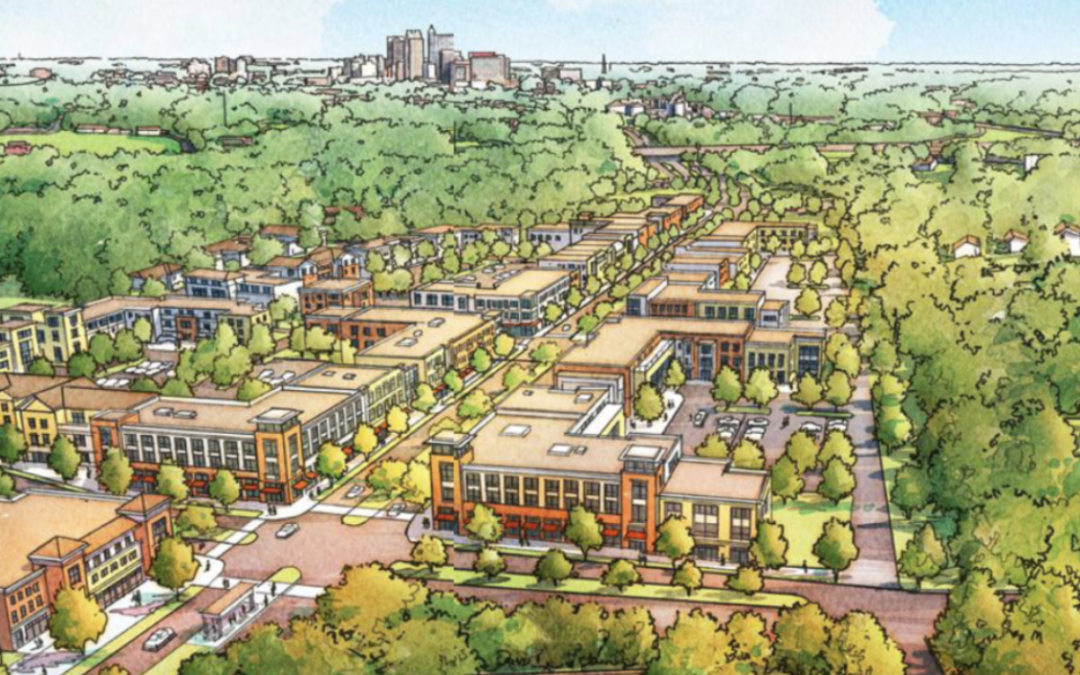 Raleigh is growing rapidly. Where are we headed? 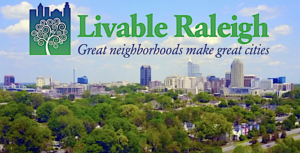 Raleigh’s attractive quality of life and cost of living may be its undoing, as continued rapid in-migration translates to more congested traffic, more clearing of trees, and fewer residents who can afford to live here. So where is Raleigh headed? Except for elite boosters of mega-city profitability, most Raleighites prefer the idea of sustainable prosperity that underpins Raleigh’s long range plans for growth that is more economical, environmental and equitable. To succeed, we’ll have to grow in ways and in locations that bring fewer cars, more trees and more equitable prosperity. 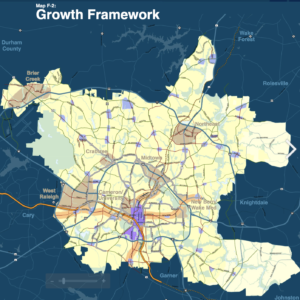 Knowing we could never build or maintain enough roads to keep pace with growth, Raleigh’s current 2030 Comprehensive Plan calls for new growth and density to go where fewer cars and roads will be needed in the future. This urban tier includes downtown and along high-frequency transit corridors that connect to mixed-use centers around the city. Raleigh’s Plan recommends urban tier development that is more compact and walkable, mixed-use and mixed-income, located where connected sidewalks, bike lanes and our expanding transit system can reduce car trips. Raleigh’s plan for focusing more growth in darker shaded areas and less growth in lighter shaded areas, can be seen in the Comprehensive Plan’s Growth Framework Map.

What about densifying Raleigh’s suburban neighborhoods?

Density is not an end in itself, but can either help or harm sustainable, affordable and equitable growth. For neighborhood areas within a safe and convenient walk[1] to frequent transit[2], it’s realistic to expect fewer car trips and car-related impacts in the future. In these walkable neighborhood areas, many cities are promoting both ‘gentle density’ and affordability with a combination of slightly higher densities and somewhat smaller maximum dwelling sizes. For older neighborhoods, especially Black and Brown neighborhoods, issues of density and equity take on completely different meanings that will be discussed in the next section.

For Raleigh’s suburban neighborhoods without walkable access to frequent transit – outside the urban tier – adding density makes less sense. In these areas, the economic benefit of suburban infill will often be outweighed by the economic, environmental and social detriments of sending serviceable, affordable homes to the landfill, while replacing them with larger, less affordable and more car-dependent development that only increases traffic congestion and environmental impacts.

Density is not an end in itself. Density can either help or harm sustainable, affordable and equitable growth.

In recent years, cities like Seattle, Minneapolis & Portland have engaged in extensive community conversations about how to make suburban neighborhoods more equitable. One of those ways is to permit more density in low-density areas. While talk of eliminating single family zoning has made headlines, the results of other cities’ community conversations about density follow the same logic as Raleigh’s Plan: add density while preserving and improving affordability in the urban tier, near downtowns and within walking distance to frequent transit service and daily destinations. Investing in urban tier transit, affordable housing and redeveloping strip centers promotes growth that is more economical, environmental and, to the extent that it proactively mitigates against gentrification and dislocation, is more equitable. Any discussion about the fair distribution of added residential density will have to address the many private covenants and Homeowner Association rules that impede equitable change.

The fallacy of ‘Trickle-Down’ affordability

Home costs are rising twice as fast as incomes.

One of our most durable housing fallacies is this: By simply adding more expensive housing units, the market will eventually be saturated enough to depress housing costs at all price levels, yielding trickle-down affordability. Unfortunately, fast growing cities have found the opposite to be true: every density upzoning has the perverse effect of rapidly increasing land costs as investors bid up land prices. The result is that with each upzoning, the cost of housing continues to rise and the housing affordability gap continues to widen. Patrick Condon’s new study of rapidly growing cities shows that adding density does not ease escalating housing costs, but does just the opposite, by driving up land values.

What about densifying Raleigh’s older, often Black and Brown Neighborhoods? 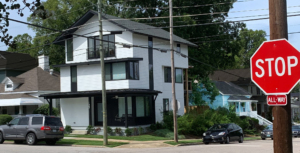 Many of Raleigh’s older neighborhoods have suffered under our nation’s legacy of slavery and Jim Crow, perpetuated by Raleigh’s long history of ingrained and systemic, race-biased economic policies and social constructs.  While largely invisible to Raleigh’s white majority, race biased policies have been relentlessly and sometimes ruthlessly applied to Black and Brown neighborhoods, producing intergenerational disparities in health, wealth, education, housing, mobility and jobs. In this time of urban regeneration, these crippling biases are magnified by the forces of power, profits, greed and cultural blindness to create a level of economic gentrification, ethnic displacement and cultural eradication never before seen in Raleigh.

In order for Raleigh to become an equitable city, it is not enough to stop the race-biased repression of Black and Brown families and cultures. It requires all of us to begin by committing to a comprehensive process of exposing our ingrained, multi-generational biases and policies.  Next, we must embark on a course of systematically eliminating the many disparities that have perpetuated much of Raleigh’s success at the expense of the devalued lives, health, safety, prosperity and cultural heritage of so many Raleigh residents and neighborhoods. Raleigh must reverse its accelerating course of neighborhood and cultural destruction. Instead, we must commit ourselves to a new vision of a truly equitable city by systematically investing in the lives and neighborhoods of Raleigh residents who have for so long and so unfairly suffered at the hands of white supremacy and racism.

How can we move past the polarized positions that have left us divided into pro-development versus pro-neighborhood camps?

Moving from ingrained social, economic and regulatory disparities toward more equitable growth is a complex undertaking. Livable Raleigh supports the path taken by other cities who view growth, equity and sustainability through a racial lens.  Let’s engage in a strategic and authentic community conversation about our values related to growth, equity and promoting sustainable density. To that end, the City of Raleigh Planning Department has prepared a Citywide Housing Affordability Strategy: Study and Outreach Scope of Work. We at Livable Raleigh endorse this engagement and visioning strategy wholeheartedly and call on the Raleigh City Council to bring staff’s proposal forward for public deliberation and adoption.

[1] A ‘safe and convenient walk’ is up to ½ mile maximum – about the distance from the State Capital to Memorial Auditorium
[2] ‘Frequent transit’ arrives at least every 15 minutes throughout most waking hours.