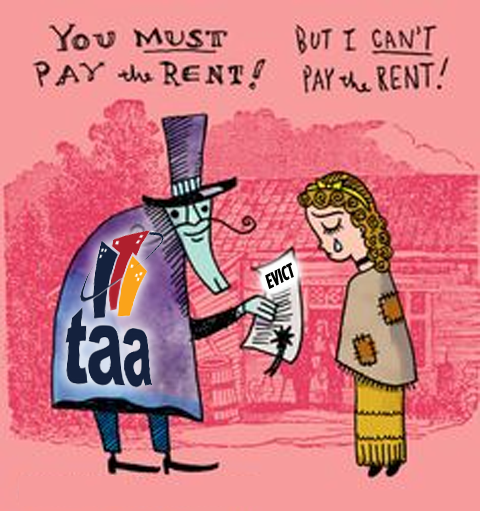 The Triangle Apartment Association (TAA) was a major funding source for Mayor Baldwin and her City Council majority investing over $121,000 in their 2019 campaigns. Now TAA is celebrating a 35% increase in rents, most of which occurred under the leadership of this City Council.

At their annual conference the members of the TAA were giddy hearing the news from experts that rents will continue to rise over the next year. The media reported it this way:

A trio of local industry leaders gave the Triangle Apartment Association a rosy picture of the year ahead for landlords, predicting at the group’s annual conference last week that rental prices would likely continue to hit new highs this year.

Five years ago around this time, a one-bedroom apartment was renting for just under $1,000 in the Raleigh-Cary metropolitan area, according to an analysis of Apartment List data. In early 2021, they were going for about $1,100. Last month, the median price hit $1,343. That’s a 35% increase in five years, most of which has built up since the start of 2021.

Linderman said unless companies decide to take a lower rate of return on their rental investments, the prices will continue to rise.

Linderman noted that with monthly rent closing in on the cost of a mortgage, down payments were all that stood in the way for many prospective homebuyers. “A lot of people don’t have an $80,000 check to go buy a house, so they’re at your door leasing an apartment, and paying whatever you say they need to pay,” he said to laughs.

You can read the full story here: No End in Sight Triangle Real Estate Experts Say

Here’s the breakdown of campaign contributions made by the TAA in 2019:

In addition to these contributions, Triangle Government Alliance, the TAA’s PAC, spent over $105,000 on direct mail and other independent expenditures supporting these same candidates. It was a good investment on their part as they are getting what they paid for.

This City Council took office in Dec 2019. During their time in office they have approved 145 rezoning cases. In all of those cases they have not negotiated even one time for voluntary inclusion of permanent affordable housing or for density bonuses.

You can find a full report of these expenses here: TAA Turning Pandemic Pain into Profits and note that TAA was one of the first to advocate for ending eviction protections during the pandemic.