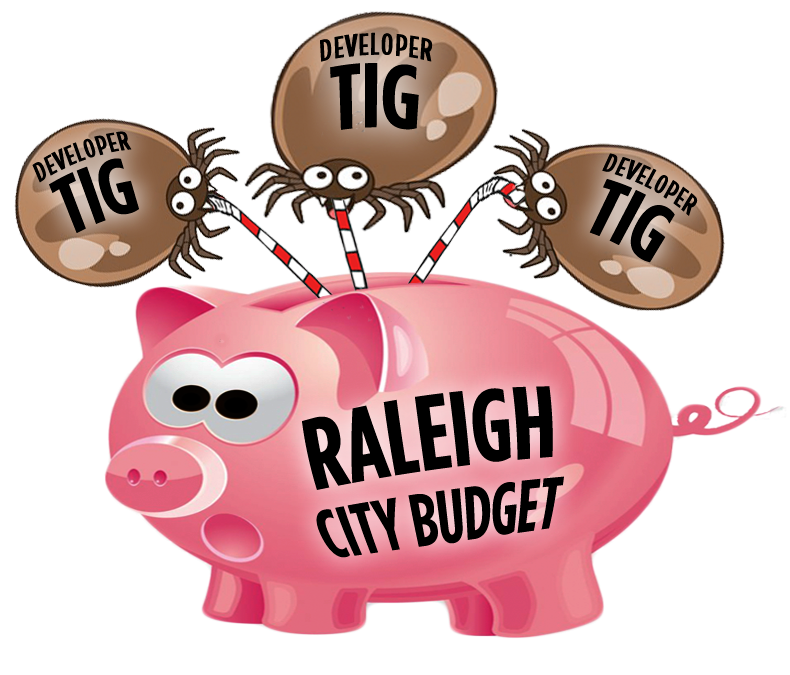 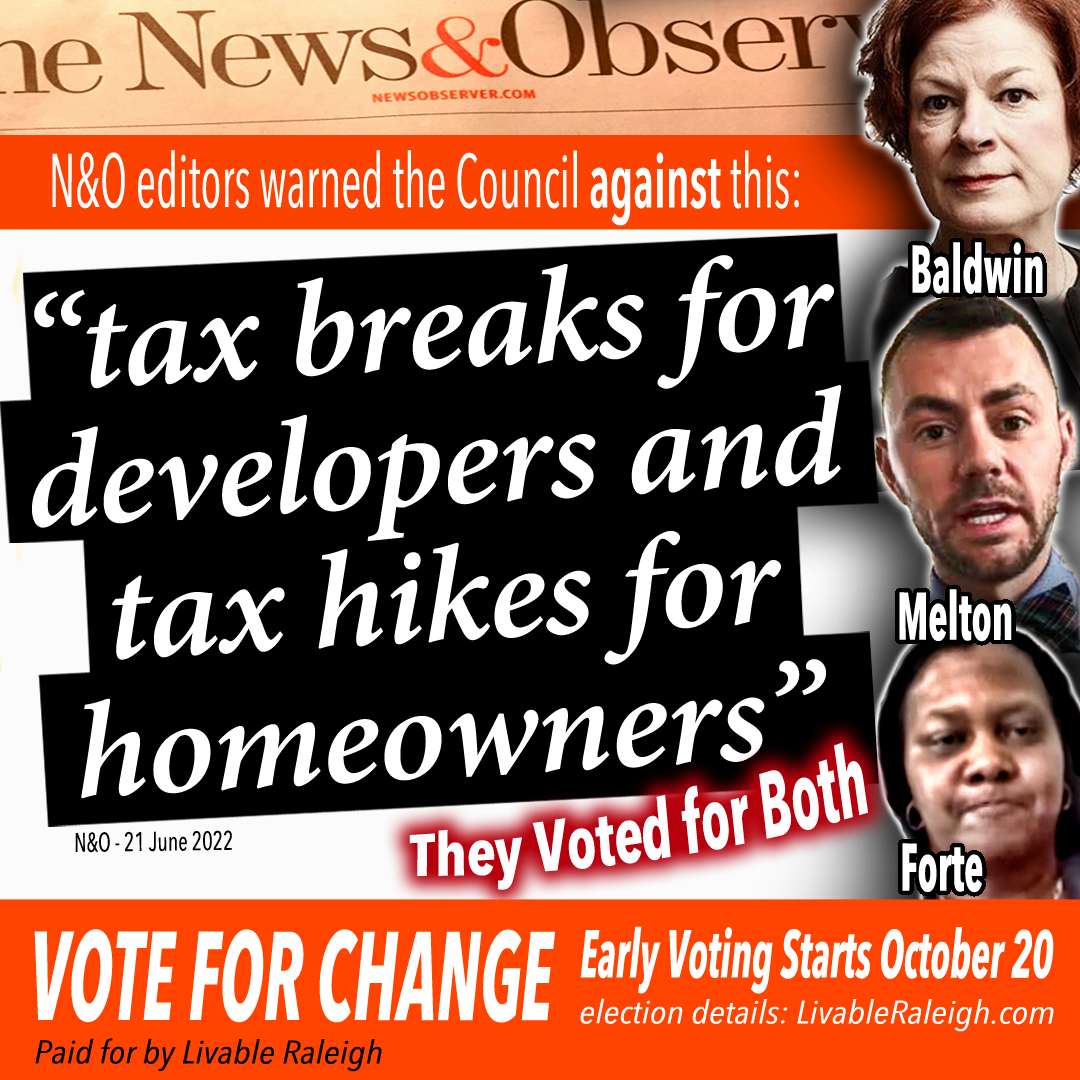 Mayor Baldwin and her City Council majority including Jonathan Melton, Stormie Forte, Corey Branch and David Knight, who are all running for re-election, implemented a tax break policy for developers known as a “Tax Increment Grant” or TIG.

Despite Baldwin’s claim otherwise, it can cost the City of Raleigh 5 million dollars in tax rebates every year FOREVER. Read more here: The Cost of a TIG.

In a June 21, 2022 editorial about Raleigh’s upcoming election The News & Observer noted that local elected officials will have to come up with a better answer than tax breaks for developers and tax hikes for homeowners. Read the details here: N&O says Raleigh needs better answers.

In effect TIGs are a bond issue, but without the public getting a chance to vote on the bond or know the list of projects. This is long-term public financing for developers, but with no say for the public. It’s a giant departure from anything Raleigh has ever seen before — a very bad departure and an open invitation to corrupt bargains. Read the details here: TIGs feeding off Raleigh Taxpayers.

During this Council’s term in office, they have raised property taxes by 22% and fees for services by even more. Read the details here: Your taxes raised 22%, Council’s pay raised 82%.