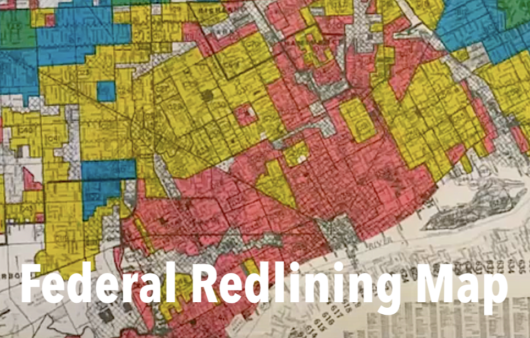 Raleigh has revived our nation’s now despised legacy of explicitly race-biased policies aimed at destroying Black neighborhoods. In post-World War II America, federally backed home loans fueled homeownership wealth in America’s sprawling suburbs, while Black neighborhoods were systematically ‘redlined’ out of consideration for home loans that would have been used to buy and improve homes, to strengthen neighborhoods and to build family wealth.

It’s shocking to watch our local elected officials decry the racist policies of the redlining era, as they defend their own removal of older Black homes and neighborhoods now.

Raleigh’s Black neighborhoods were spared the worst of the old urban renewal, but the new urban renewal is well underway, rekindling the attack on our city’s historically Black communities and once again exposing government’s hand in the destruction. It is shocking to watch our local elected officials decry the racist policies of the redlining era, as they defend their own removal of older Black homes and neighborhoods now.

Instead of undertaking explicit and thoughtful actions toward neighborhood stabilization, resilience and recovery, our leaders have once again chosen not to invest in struggling Black neighborhoods, but have instead turned to a new kind of ‘slum clearance’, handing Raleigh’s older Black communities over to evicters, demolishers and the gentrifiers who join the Mayor and Council in denying any responsibility for the erasure of Black lives because, well, it’s just market forces at work.

In fact, Council has gone even farther by allowing city-owned affordable units to fall into disrepair, by allowing city fines and penalties to be heaped on elderly homeowners rather than assisting in the repair of their homes, and by promoting upzonings in older Black neighborhoods for one purpose only: the removal of affordable dwellings in historically Black neighborhoods to satisfy escalating market demands. For a first-hand account of Raleigh’s efforts to eliminate older affordable homes, mostly in Black neighborhoods, watch ‘Save NOAHs Now’, presented on March 31st by the Wake County Housing Justice Coalition – Event details and video are here.

Council has gone further still, to systematically suppress Black voices and erase affordable Black neighborhoods by eliminating their Citizens Advisory Council voices and attacking their Neighborhood Conservation zoning protections. All the while, our elected leaders tell us they are anti-racists who have read ‘The Color of Law’ and justify their actions as adding much-needed density for our rapidly growing city. They assure us that the coming wave of affluent urban dwellers will displace undesirable elements and provide a trickle-down effect of oversupply affordability for future generations in need.

Actions the Raleigh City Council Must Take Now, and For the Future

In the near term, The Wake County Housing Justice Coalition (WCHJC) has identified these four steps the Raleigh City Council must take now take now to stop the erasure of Raleigh’s affordable homes and Black neighborhoods and stop Raleigh’s destructive race-biased practices. Follow this link to the WCHJC’s recent virtual public event – ‘Save NOAHs Now’ – discussing these four critical steps in more detail.

In the long run, adding density only drives up land costs, making housing less affordable for everyone. The burden of escalating costs falls hardest on those already disenfranchised by decades of race-biased housing exclusion perpetuated in Raleigh today. When will Raleigh embrace a long term vision for housing justice that is rooted in economic equity and racial justice?