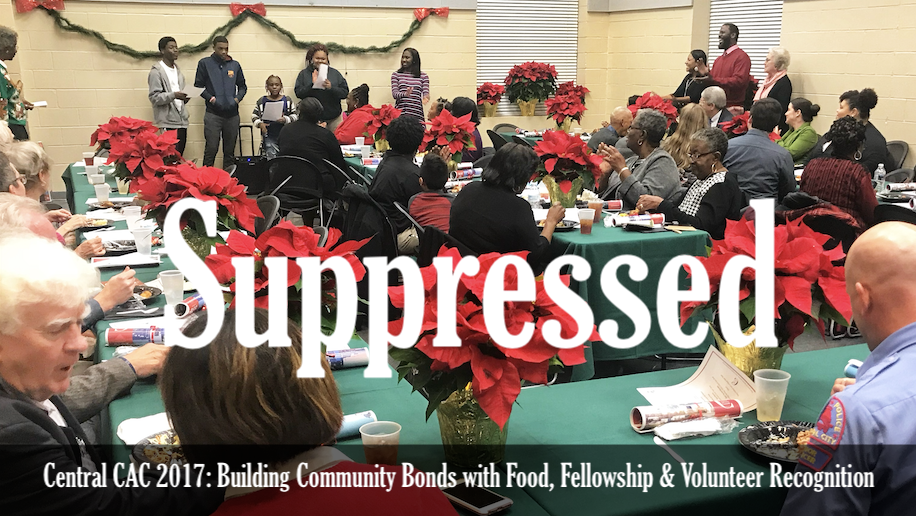 One year ago, this Council used the excuse of too much white CAC privilege to justify and conceal their own white privileged suppression of all Black CAC voices. Below is the full version of Donna Bailey’s letter to the editor published in the News & Observer:

Exactly one year ago on February 4, in a surprise vote, the Raleigh City Council voted (6-2) to eliminate the Citizen Advisory Councils (CAC), with no advance notice, no citizen input and no discussion. The CACs have been an important part of citizen engagement since 1974 and were started by Raleigh’s first and only African American Mayor, Clarence Lightner, as a way to strengthen citizens voices, especially of those who are under-represented.

This council thinks that limiting citizens voices – “right sizing citizen input”, according to Councilor Nicole Stewart – is the way to promote more and better development in Raleigh. Council seems to think that the CACs are just made up of older, white homeowners. So, in their effort to silence some voices, Stewart, Baldwin and 4 other councilors made citizen engagement more difficult for All voices.

It is unfortunate that out of the 18 CACs that were meeting, only 9 are still active and only 2 of those are in Black neighborhoods.

It is not for us to judge what was in the hearts of the Mayor and Councilors one year ago when they voted to suppress Black voices.  But their act of claiming white privilege as the excuse for their actions is reprehensible, not only to the Black community voices they suppressed, but to all CAC volunteers whose voices they sought to suppress, and for which they have yet to atone in any way, shape, or form. This council needs to begin rebuilding trust, with a new commitment to anti-racism, equity and empowering authentic grass roots community engagement throughout Raleigh.

Photo: 2017 CAC Christmas fellowship in the historically Black South Park neighborhood. Central CAC Chair Lonnette Williams made sure there was plenty of food, fellowship and recognition of outstanding community servants, from the oldest to the youngest. This Council gutted the CACs’ efforts to build strong community bonds in South Park and in all Black neighborhoods in Raleigh.