Another Test of Council’s Anti-Environmental Agenda 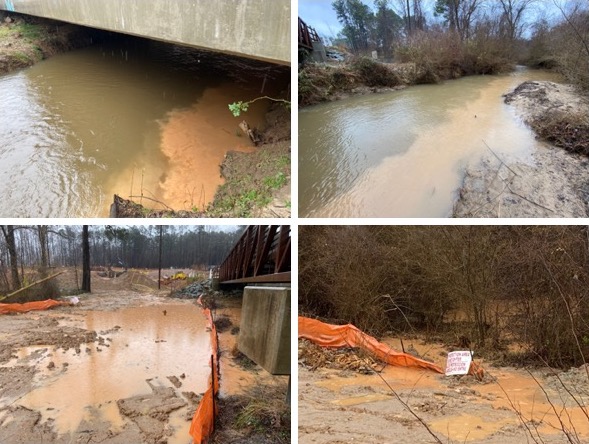 A resident asks for Open and Fair Rezoning Governance.

Tom Kwak is a Raleigh resident concerned with the future environmental health of our City and especially the potential to disregard environmental impacts as Raleigh navigates through its growing pains.  He holds a PhD in fisheries science and aquatic ecology and is a Professor of Applied Ecology. Dr. Kwak recently sent the below email to City Council. He reached out to Livable Raleigh for assistance in raising awareness about this rezoning case in particular, and the rezoning process in general.

I am writing today to convey my great disappointment in your actions and respective roles in administering rezoning case Z-43-20, and the biased process in general.  The developer, and especially a familiar attorney representing the developer, is given undue deference in the process, and the overall result is a biased procedure favoring the applicant and rezoning approval.

The Z-43-20 (1000 Trailwood Dr) case to rezone a steep hillside, covered in mature hardwood forest, over wetlands, the greenway, and Walnut Creek to 65 unaffordable apartments and 100 parking spaces did not receive a vote last Tuesday (April 20) at the City Council Meeting.  The attorney for the developer (Ms. Mattox) pulled her now predictable ploy and indicated that they would like to offer more trivial new conditions and delay the vote another 2 weeks — this follows the same tactic at the previous April 6 City Council Meeting, and this game has been going on since August 2020!  She pulled the same stunt after closing the public hearing at the April-20 meeting for Z-49-20, a rezoning case to build an industrial site next to residential housing on Tryon Road, and you accommodated her.

The stunt goes like this — the lawyer says she will trump up some trivial token conditions after the public hearing is closed, then report to City Council that they’ve satisfied all the concerns from the community at the next meeting.  She can say whatever she wants without rebuttal, because the public hearing is closed — the community is excluded from the process — it’s all her show to say whatever works on you, accurate or not.

If it appears a vote to deny is possible, repeat the stunt until the community and Council are worn down and vote to approve.  This also by intent sucks the wind and momentum from the unanimous public opposition campaign that has inundated Council with email, social media, and a submitted petition signed by over 450 people.

The public deserved a vote on this case when the public hearing was closed on April 6, once the Council agreed to the delay ploy for more conditions and the conditions submitted, a vote definitely should have been taken on April 20, but Council again chose complicity in a lawyer’s unfair tactics.  Developers know to follow this standard protocol to apply for an unrealistic development and density, then add trivial token conditions as the process proceeds and public comment is closed — and Council is all too receptive to it, and it’s proven effective.

It appears to the community that City Council cannot bear to deny a rezoning case, so they allow the developer to delay and delay again until our opposition slows and then present some more benign conditions.  Council will be receptive to any trivial conditions, declare that the developer has gone above and beyond to satisfy concerns, then approve an inappropriate rezoning — when the truth is that these token conditions do nothing to mitigate an inappropriate development at an environmentally sensitive site.

Councilors Forte and Cox had the courage to vote against the delay (for both Z-43 and Z-49), all others were complicit in the ploy.  In fact, Councilor Forte (our district rep) hadn’t even received the last round of new conditions, when you all repeated the biased process again.  It’s all an unfair shell game to wear everyone down and allow a default approval vote with public input closed — a shameful example of closed-door, biased, failed governance.

It’s clear that the rezoning process is becoming a biased charade with a predetermined decision for the developer.  Ms Mattox says she is “working with” Councilor Branch to come up with some conditions to stop the unstoppable erosion and stormwater impacts to Walnut Creek.  Unfortunately for us and our waterways, there is no simple engineering fix to stop unacceptable environmental impacts when a corporation proposes extreme plans to remove a steeply sloped hillside directly on a waterway, and this is all distracting noise.

The public interest in Z-43-20 has been shared with you all loud and clear in onsite meetings, public hearing comments (8 minutes), email correspondence, photo documentation, social media posts, and a petition with 450 signatures.  You have all the information you need to vote.  Delays and obvious lawyer tricks cannot make an inappropriate rezoning request acceptable.  This case should have been denied on April 6 when the public hearing closed, then again on April 20 allowing one round of stunts, and now it is time to please represent your constituents and deny Z-43-20.

Thank you for your leadership and stewardship of our public resources and trust — and ensuring open and fair governance for our citizens.

Read about other environmental disasters from this council