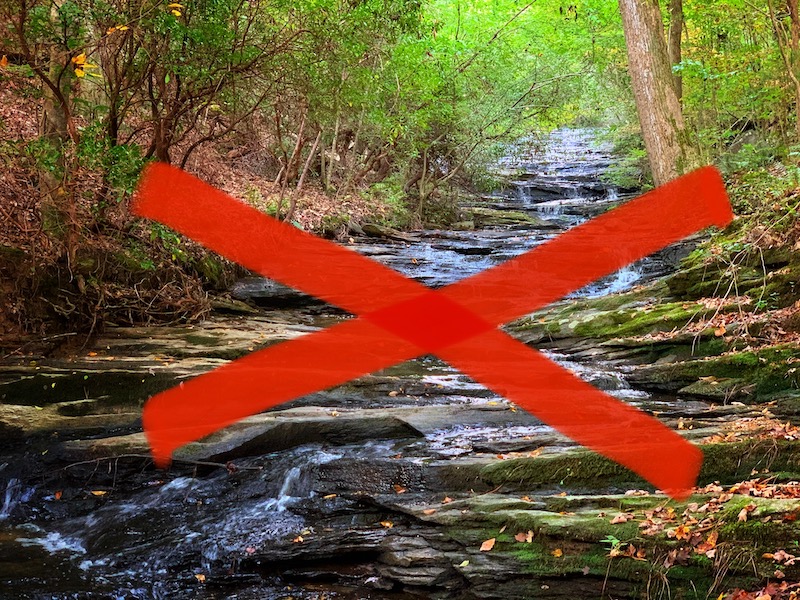 At the October 6 Raleigh City Council afternoon meeting, District E Councilor David Knight led a spurious, yet successful effort to destroy Azalea Falls, one of Raleigh’s designated National Historic sites.  As usual, the development-driven Council majority voted 7 to 1 (David Cox being the lone dissenter) to perpetrate another environmental disaster in our community.

During your late August meeting, at-large councilor Nicole Stewart called herself and David Knight “professional environmentalists.” I thought she was being sarcastic, but then I realized she was serious. Like Donald Trump, who she campaigns, governs, and votes like, she must be using “alternative facts.”

Tonight I was planning to mention previous issues where these environmentalists dropped the ball – issues like the RDU Quarry, reappointments to the RDU Airport Authority, Shelly Lake, advocating for density everywhere without taking into consideration any negative impacts from not following the comp plan that outlines the best places for density.

But this afternoon with Knight’s leadership in the destruction of Azalea Falls, you really outdid yourselves. And Councilor Knight should be ashamed for how he mischaracterized the letter from The Umstead Coalition. He made it sound like they supported the rezoning, yet the very first thing the Umstead Coalition recommended in their letter was a “special study per the 2030 Comp Plan.” 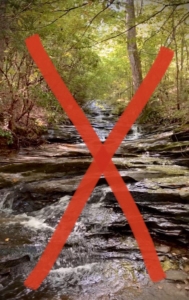 Council votes for the end of Azalea Falls

Wait for the bulldozers and the heavy rains

But we’re not going to get a special study. So the jury is out as to whether clear cutting and mass grading the hillside overlooking Azalea Falls can be done and still preserve the state-designated natural heritage area. Council has offered no expert environmental data or assurances, so we’ll have to wait until the bulldozers and the heavy rains arrive.

But the jury is NOT out about this being a terrible location for density. All of the data says this location will always be car dependent – miles away from transit and walkable destinations. All data says that when you put density in car-dependent locations like this, you create long-term negative impacts to our environment, and our quality of life.

Many of you ran on promises of more equitable and environmentally sustainable growth, driven by solid data. But over and over again, your actions speak more loudly: in the real world of profit-driven development politics, your votes promote density anywhere developers ask for it, regardless of the threats of more air pollution, more toxic parking lot runoff, more road congestion, or more expensive and self- perpetuating road construction. Of course this is nice for Barnhill, Hanson Aggregates, Wake Stone, and the builders that support and bankroll your campaigns. Setting aside the risks you are taking with Azalea Falls, car-dependent upzonings like this one make our city worse, not better.

If the City would follow its Comp Plan and develop increased residential density in the urban core, on transit lines and in city-defined walkable growth centers, Raleigh would be able to meet its housing needs without adding new sprawl and more automobile dependency. And, in this specific location, you would, at the same time protect this local ecological wonder.