Why you should care about Raleigh City Council elections 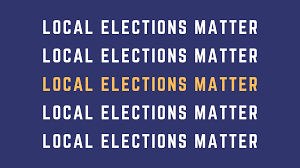 Raleigh’s City Council makes decisions that impact your daily life – including property taxes (which impact homeowners and renters alike), rules about what can be built where, rules about tree conservation, rules for picking up trash, recycling, and yard waste, pay for public safety, fire protection, and other city staff, setting priorities for building and maintaining parks, streets, and sidewalks. They also decide how much individual citizens can participate in influencing those decisions.

Tuesday, November 8, will be your opportunity to make your voice heard.

Every Raleigh resident has an opportunity to vote for four of the eight council seats – Mayor, two At-Large seats, and your District seat. (To find out what District you are in, go to Voter Lookup)

Because of changes the current City Council made, there will be no runoffs. No candidate will be required to get over 50% of the vote to win.

If there are races with multiple candidates, as there are in the Mayor’s race, the at-large races, and some of the districts, the winner in some cases may not even get 20% of the votes.

This is because of changes made by Mayor Mary-Ann Baldwin and the current City Council members. It didn’t have to be this way. They set it up this way because it favors incumbents who have name recognition.

So, Livable Raleigh is going to make sure voters are well-informed about ALL of the candidates.

Livable Raleigh has already sent out a candidate questionnaire to each candidate. Once those are returned, we will be publishing them.

Our goal is to increase the turnout of voters armed with factual information to be able to make good choices when they vote.

In addition to the questionnaires, we will be publishing “Report Cards” for the Mayor and Councilors who are asking voters to put them back into office for another term.

Finally, we will be using the responses to the questionnaires to evaluate all of the candidates and decide which, if any of them, we can endorse.