Why is Council hiding its full pay? We scoop the local media to bring you the Whole TRUTH 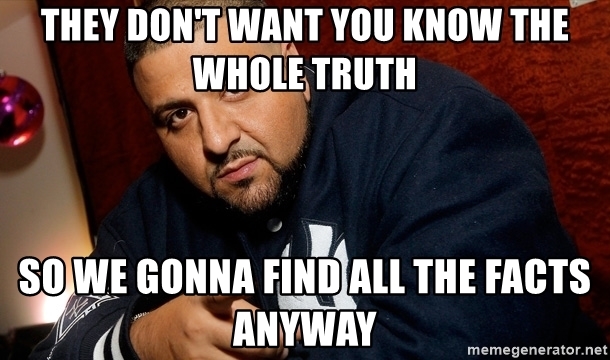 Local media reports say Raleigh’s City Council passed their 2023 Budget and it includes increases to the salaries of the Mayor and Councilors. But, the reports don’t tell the whole story.

You can find a summary of the budget on the City website here: City Council Adopts FY2023 Budget 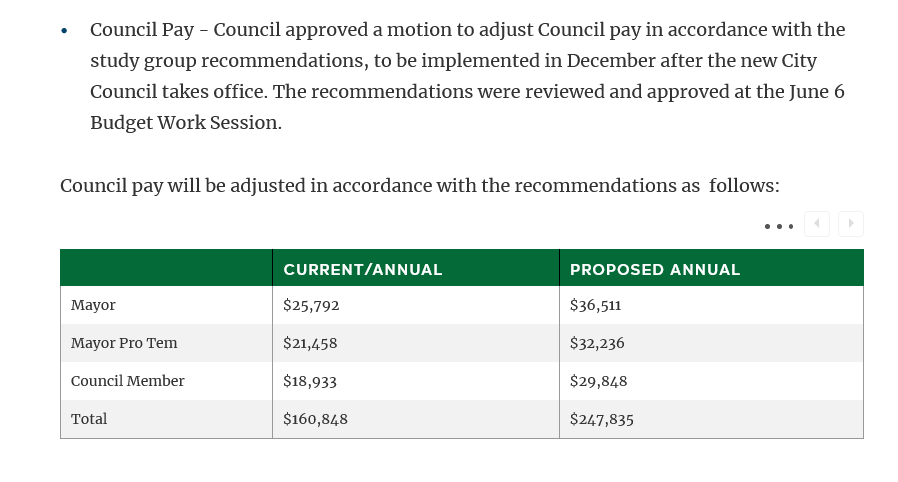 What local media outlets reported based on the data provided were increases of 42% for the Mayor, 50% for Mayor Pro Tem and 58% for Councilors. And, as we said, this is accurate as far as it goes.

When you add in the increases for the expense allowances the actual percentage increases are 67% for the Mayor and Mayor Pro Tem and a shocking 89% for the councilors. It comes to 82% for the Council as a whole.

Here is the recommendation from The Study Group. What you can see with this is that the city only reported the increase in salary, or “stipend”, while ignoring the resulting Total Compensation after expense allowances were increased. 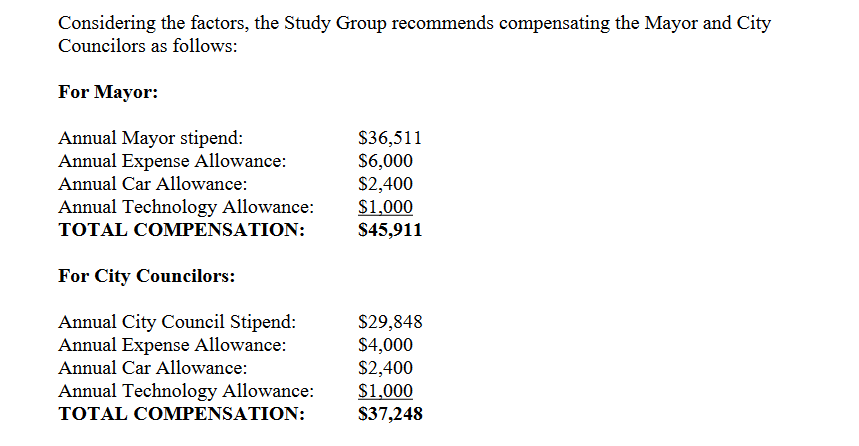 What is most shocking about this is that the members of City Council are not required to submit expense statements to prove they have incurred any expenses in order to receive these allowances. The money is simply automatically added to their paychecks. The expenses might as well be considered part of their salaries. And, these allowances should have been reported in the budget documents instead of being hidden out of view.

The chart below shows the raises in salary and expense allowances Council voted for. Livable Raleigh has been able to confirm this data as accurate with City Staff. 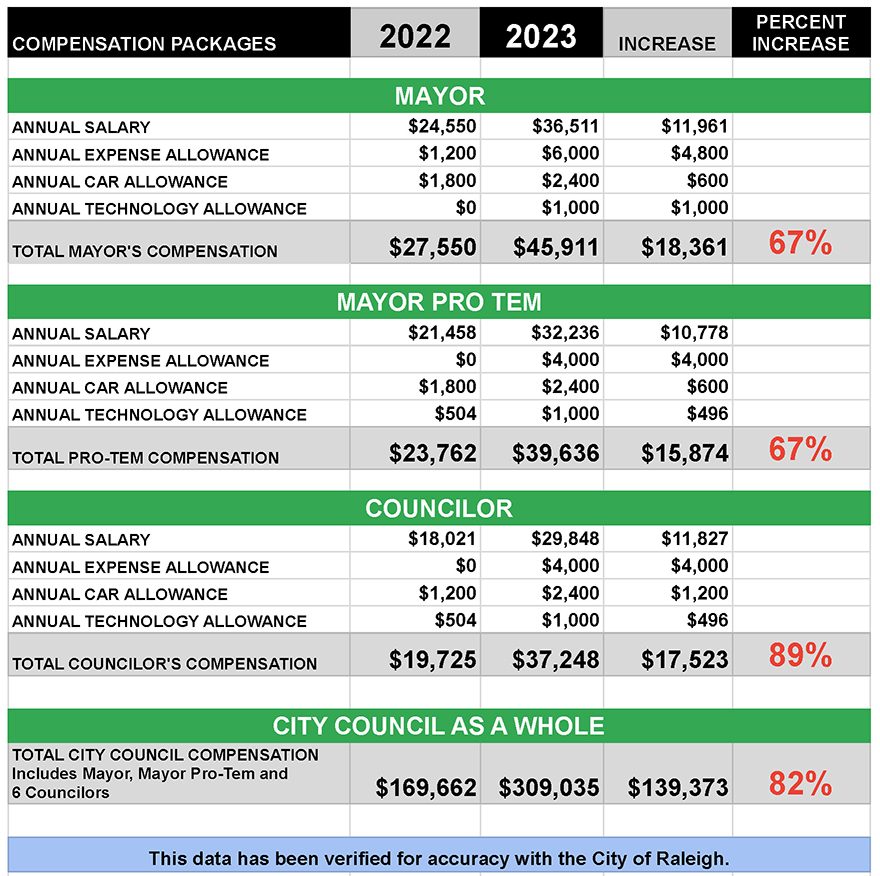 Below are the media reports that do not include the full pay raises City Council voted for in their stories.

The City of Raleigh put out a news release that made no mention of the increase to expense allowances: City Council Adopts budget

The News and Observer reported this:

More money for City Council members. The mayor’s pay will increase from $25,792 to $36,511 or a nearly 42% hike. Council members’ pay will increase from $18,933 to $29,848, a nearly 58% jump. The increases will be implemented in December after the new council takes office, according to a city news release. Full story here: Raleigh budget raises workers’ pay and property taxes

INDY Week focused their report on the police: Raleigh Council passes Police Budget  and didn’t report on Council pay increases at all.

Keep reading Livable Raleigh and we’ll make sure we keep bringing you the WHOLE STORY.