Tiny homes coming to Raleigh and it’s a “Bait & Switch” 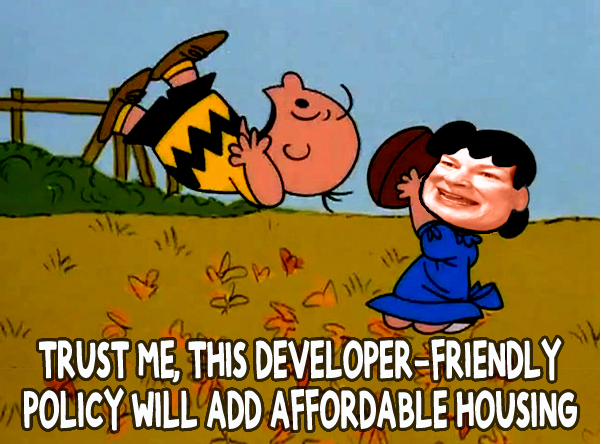 In December 2021 Mayor Baldwin and City Council approved “Tiny Homes” in Raleigh saying these would be one more method to build affordable housing and fight homelessness. Well, the first homes are coming and they will NOT be used for affordable housing after all.

With the newly adopted regulations, tiny homes, at a max of 600 square feet, can be built on individual lots or in groups called a “Cottage Court.” And we just found out a local entrepreneur plans to build BOTH types in Raleigh. But, sadly, neither of them will provide affordable housing for Raleigh residents.

First up will be a single tiny home on a single lot to test the concept and evaluate the costs. That home will become a short-term rental or Airbnb. So, not affordable housing. Not an addition to Raleigh’s housing stock at all. But, instead a commercial enterprise.

Next will be a cottage court consisting of 40 tiny homes. But, again, not to be used for affordable housing or as an addition to Raleigh’s housing stock. These will be used as sort of a hybrid between Airbnb and vacation timeshares. The concept is for digital workers who can work remotely to be able to combine working with globe-trotting. Nomad Nation’s idea is to have these compounds in every country around the world. Then these digital workers can just keep traveling from one location to another doing their work while visiting various spots around the world indulging their privileged explorer’s lifestyle. You can read about this here:  Raleigh’s first tiny home community.

This has been standard procedure for Raleigh’s Mayor Baldwin and her City Council since taking office. Push a new policy with promises of affordable housing but fail to enact, or even worse, actively remove the parts of the policy that would produce the affordable housing. It’s a classic “bait and switch” tactic. Enact a policy for the benefit of your developer campaign donors while telling the public that it could create much needed affordable housing. But, without regulations controlling what can be built, what does get built is what brings the highest profits to developers and not the highest need to the community. Read our previous report here: What’s missing from Raleigh’s Missing Middle policy?

What could have been done instead?

When you adopt a policy that “could” result in affordable housing you need to include regulations in that policy that will require or at least encourage the affordable housing. But, this mayor and council actively work against that. A perfect example is their policy for ADUs (Accessory Dwelling Units). Just as with Tiny Homes, they sold ADUs to the public as part of the solution for affordable housing. But, when the Planning Commission recommended the policy include a regulation banning the units from being used as commercial Airbnb rentals and require them to be used to add to Raleigh’s housing stock, the council proactively stripped that regulation out.

Raleigh’s City Council loves to invoke Portland as an example of what we should be doing here. In Portland, zoning changes now allow someone building on a 5,000-square-foot lot to construct up to four units divided between a main building and detached accessory dwelling units. Five or six units are allowed if half of them are affordable to low-income residents. These are called “density bonuses” and are perfectly legal to use here in NC. Portland sets a base zoning density and has a voluntary policy that allows for increased density. But our council does not utilize them. And why would they? Developers in Raleigh just go to City Council and ask for an increase in entitlement (density) and this Mayor and Council simply give it to them while asking for NOTHING in return.

As we reported previously, This City Council took office in Dec 2019. During their time in office they have approved 145 rezoning cases. In all of those cases they have not negotiated even one time for voluntary inclusion of permanent affordable housing or for density bonuses. Read it here: rezoning giveaways