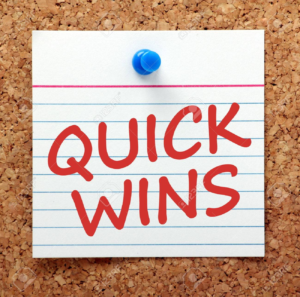 The public comment period at evening meetings is scheduled at 7pm, when the meeting begins. This makes it relatively easy for speakers to say their piece and then either stay for the rest of the meeting or leave.

For some reason the public comment period for afternoon meetings is scheduled for 2pm although the meeting starts at 1pm. There are often numerous agenda items scheduled before reaching the public comment slot and that means members of the public who want to have a say before council may be kept waiting for hours. The May 19 council meeting was a good bad example. Because it was a virtual meeting, speakers were asked to call in at 12:30pm. Other agenda items took a very long time and public comments did not begin until around 5pm. By that time, at least four speakers were no longer available to speak. Similar scenarios have occurred at previous “live” meetings, including one where a member of the NC General Assembly finally had to leave because it took hours to get to the public comment agenda item.

Let’s schedule public comments at the beginning of the council meeting.

Let’s revise instructions for public participation and make them easier to follow and understand.

Members of the public expend effort and time to speak before council and often feel intimidated by the experience. Council members owe them the courtesy of paying attention while they speak rather than interacting with their devices and/or speaking among themselves. Council members also owe them the courtesy of acknowledging their concerns and indicating what, if any, action might be taken as a result of their comments.

Currently during a public hearing, each “side” is allotted eight minutes to speak. This immediately forces a confrontational rather than a collaborative approach. It is not uncommon to have someone say that they are neither for nor against an issue, but that they have some concerns, and so they don’t know whether to raise their hand to speak during the “for” or during the “against” portion of the hearing.

Eight minutes is an arbitrary number that may or may not be appropriate for the issue being discussed. Why not identify the total number of speakers interested in an issue and then allow each speaker between one and three minutes to speak, depending upon the total number who want to participate? Why not pilot such an approach and see if it improves the process and the outcome?

Carving up eight minutes among either proponents or opponents of an issue imposes a burden on those members of the public who may not be aware of each other in advance and who thus have no opportunity (especially during virtual meetings) to try to apportion their side’s eight minutes fairly. This is blatantly unfair because it can mean that whoever is called upon to speak first can use up most or all of the eight minutes for their “side,” leaving others with no opportunity to share their concerns.

The City Attorney had previously expressed the opinion that speakers during the public comment period could not use their time to speak about an issue that was scheduled for a public hearing during that same meeting. This seems like a fair attempt to ensure that no “side” gets extra time to comment on a public hearing issue.

However the City Attorney more recently issued an opinion that once a public hearing is announced for an issue, public comments may not be made regarding that issue, even at meetings taking place before the public hearing is scheduled to occur. This does not seem fair and in fact could be interpreted as a basic abrogation of first amendment rights.

Additionally, getting more insights in advance into opinions about items that will be subject to a public hearing may help improve outcomes.

If state law allows written comments to be sent in up to 24 hours after a public hearing, then Council should not vote until that time period has passed. Read more at https://livableraleigh.com/mayor-baldwin-shows-disdain-for-the-public-yet-again/