Mayor Baldwin shows disdain for the public yet again

Did Mary-Ann Baldwin’s disdain for public participation in rezoning cases cause her to violate a new state law this week? 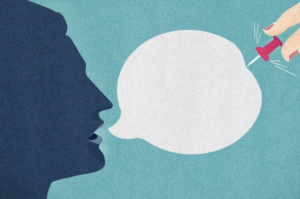 The law, which went into effect on Monday, puts rules in place for public hearings when they’re part of a remote, or “virtual” meeting. The law was enacted due to the coronavirus pandemic and the inability of public bodies to meet in person.

The Raleigh City Council held such a virtual meeting on Tuesday, with members dialed in from home via computer link, and it conducted a series of public hearings on rezoning applications.

As presiding officer for the Council, Mayor Baldwin was aware of the law and the rules. She simply ignored them.

Here are the facts.

The law requires that, when a public hearing is part of a virtual meeting, written comments must be received by the governing body for 24 hours after the hearing occurs.

The reason for this is obvious. Members of the public who may have wanted to comment are not able to attend the hearing in person and may not have access to the technology needed to make them from a remote place.

At a minimum, therefore, Baldwin should have noted, as she conducted each hearing, that anyone watching the meeting online could still submit comments in writing through the following day—that is, through Wednesday.

Worse, she moved immediately to vote on each rezoning, so that any comments submitted the day after would be ignored. Which they were. Whether the votes recorded were valid is an open question.

It’s not clear that any of the other Council members were even aware of the new law prior to the meeting. We at LR were not made aware of it until afterward, on Wednesday morning.

But Baldwin was aware, because all municipal mayors had been briefed on it by the UNC School of Government. The SOG is tasked by the General Assembly with helping local officials understand state law. Understand it, and follow it.

The guidance from the School of Government is clear. Under the law, the public hearing is not over until comments, if any, are received the following day.

That, after all, is the point of a public hearing — to hear what the public has to say.

No vote should have occurred until after all the comments were in. The SOG was clear on that as well.

Here’s a summary of the guidance provided by the SOG, along with a link to a longer document it produced and to the law itself.

In normal times it is common for a local government board to hold a public hearing on a zoning matter and then, at the same meeting, turn immediately to deliberate and vote on the zoning matter. It seems that such immediate action is not possible under the new provision for remote public hearings.

The new legislation, it appears, effectively extends the public hearing for an additional 24 hours for written comments. It would be improper for the governing board to vote on the matter while the public is still invited to comment.

We were also apprised Wednesday of an opinion issued by Raleigh City Attorney Robin Currin, who disagrees that the new law requires that the public comment period be ended before Council can vote.

Currin’s opinion is that Council can wait, or choose not to.

We’ve always had great respect for Currin’s legal skills, and it’s not for us to debate whether she’s right or the SOG, the authoritative interpreter of state laws, is right.

Rather, we’ll simply point out that if Baldwin and her Council allies had any interest in or respect for the right of public comment on development issues, they’d have waited until the comments were in.

That Baldwin chose not to wait says everything you need to know about her attitude toward public participation. She has time for the developers to present their side of things. And then she’s done.