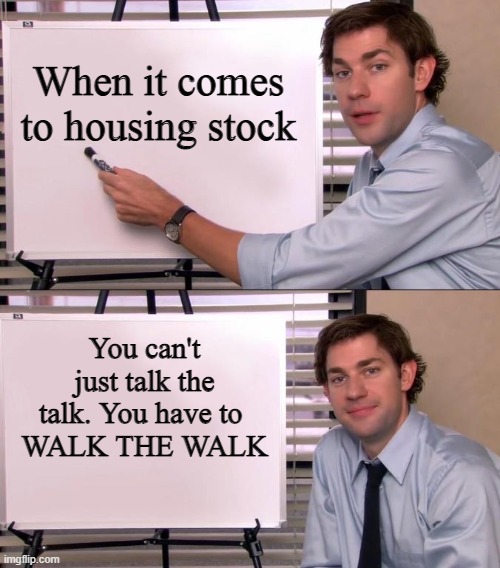 This is a follow-up to a rccent Letter to the Editor published in the N&O. Here we are able to provide more details than can fit in a LTE. There is a copy of that letter at the end of this piece.

City Councilor Stewart is quoted in the N&O saying “This issue of homes being removed from our available housing supply must also be part of the city’s efforts to address the housing crisis.”

Stewart goes on to say “I asked our City Attorney if there was anything Raleigh could do to regulate this and ensure our community has fair access to our housing market. Not surprisingly, our authority is incredibly limited.” You can read this here: Raleigh leader wants investor home data.

While the media gives Stewart credit for what she says, they fail to take her to task for what she does. The actions of this City Council are actually undermining the authority the city does have to protect its housing supply. What the media fails to mention are the two recent recommendations from Raleigh’s Planning Commission that included policies designed specifically to protect Raleigh’s housing supply. In BOTH instances, the first action taken by Stewart and fully supported by all councilors with the exception of David Cox, was to remove those housing protections.

Raleigh’s City Council has championed Accessory Dwelling Units (ADUs) or “Granny Flats” as one tool that can be used to provide more housing for Raleigh. Specifically more affordable housing. The Planning Commission listened to what the council was telling the community to justify approval of ADUs and included in their recommendation a ban on using ADUs for short-term rentals like Airbnb to ensure the units become part of Raleigh’s permanent housing supply available for Raleigh residents to rent as a home and hopefully as an affordable home. In July of 2020 when the Planning Commission proposal was presented to City Council, the first action Stewart took before the council approved the proposal was to strip out this ban. So, when Stewart and this council had full authority to protect Raleigh’s housing supply, they intentionally made the choice not to do so.

In January of 2021 the Planning Commission’s proposal for a Short-Term Rental ordinance came before the City Council. Once again, it included a regulation intended to protect Raleigh’s housing stock. The regulation limited the number of days per year a whole house could be available for short-term rentals to 120 days. This was included to ensure that any short-term rental unit would be someone’s primary residence while still being available to rent short-term when not being used by the primary occupants. Just as with ADUs, the first action taken by Stewart and supported by everyone else on council except David Cox, was to strip out this regulation. Thus allowing whole homes to be taken out of Raleigh’s housing supply and be turned into full-time commercial investment properties.

We are NOT suggesting that people cannot be allowed to buy homes or build ADUs to use as income-producing investments. What we are saying, and what the Planning Commission recommended, is that those properties should be used as long-term rentals for Raleigh residents. A city council that was truly concerned about Raleigh’s housing crisis, especially as it relates to affordable housing, would do more than just pay lip-service to the issue with virtue-signaling speeches from the council table. But, this council actively works to exacerbate the problem when they do have opportunities to make a difference.

A recent poll performed by Raleigh-based national polling firm, Public Policy Polling, showed 74% agree that Raleigh is failing its low-income and minority communities. Additionally, 49% selected “a lack of affordable housing for middle and low-income families” as Raleigh’s most pressing problem out of a list of 9 key issues. When this council has had a chance to address the most pressing concerns of Raleigh, they have chosen to do the opposite. You can see the full poll results here: Raleigh voters want change.

Read our previous report on Tiny Homes to see how the council also missed an opportunity to ensure they be used for affordable housing. Tiny Homes, a Bait and Switch. 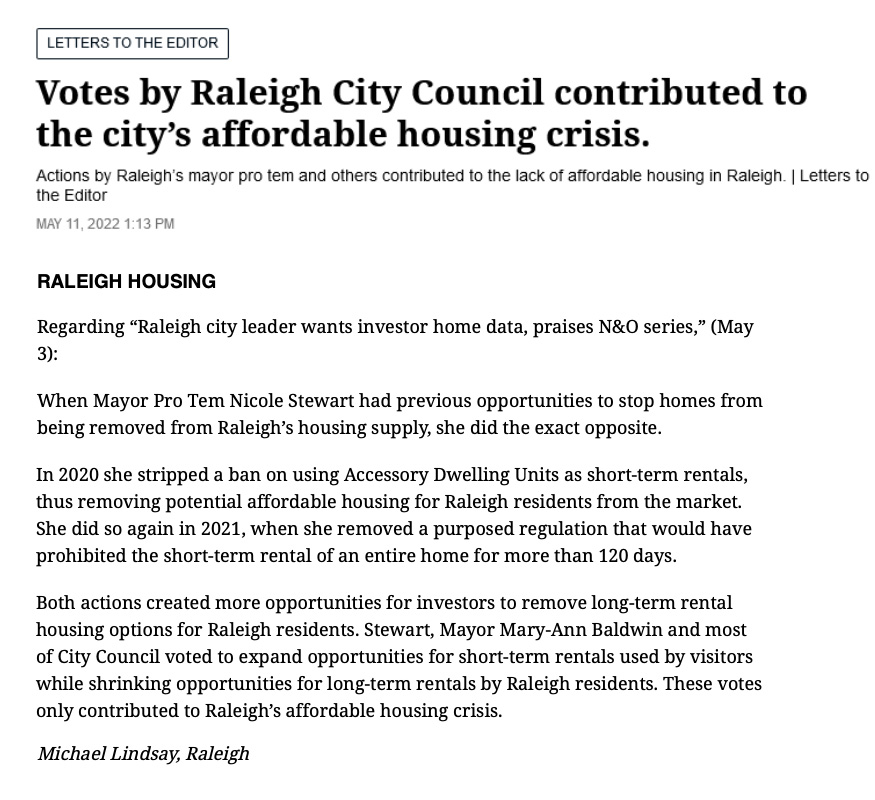