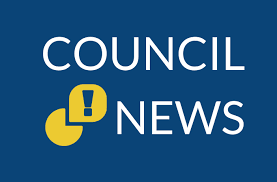 Hill to Raleigh. Discussion about whether or not Raleigh has the water to

accommodate this growth, whether or not Raleigh even wants to incorporate

this much land due to the cost of providing services, what other nearby

municipalities want, and whether it would be appropriate for commercial and

targeted as high-end and dense.

o Due to Hurricane Ian damage, yard debris pick up has been expanded to 20

cans, but that was rejected by staff.

reduce forestation requirement from 40% to 25% in the watershed. Mayor

that he had only just found out about it. Mayor also demonstrated her

complete lack of self-awareness when she admonished Cox for “surprising

with their action to defund the CACs back in February 2020.

o During the evening session, many speakers strongly criticized the council and

its actions during the past three years. Comments focused on dissatisfaction

with the Missing Middle rezoning changes, the current council’s lack of

correcting the record on CACs and Livable Raleigh and the Parks bond.

o Approved unanimously except that Councilor Knight asked for update on

timeline for Laurel Hills Community Center renovations which has been

of Buffaloe Road and Old Milburnie Road (District B)

hearing scheduled for November 1 (no additional conditions have been

growth, whether or not Raleigh even wants to incorporate this much land due to

the cost of providing services, what other nearby municipalities want, and

whether it would be appropriate for commercial and industrial development.

Referred the report and proposed amendments to the Planning Commission for

review and recommendation by a 6 to 1 vote with Councilor Cox objecting. Upon

receipt of the Planning Commission’s recommendation, City Council can

Report and Recommendation of the Economic Development and Innovation

Report and Recommendation of the Growth and Natural Resources

Report and Recommendation of the Safe, Vibrant, and Healthy Community

meeting and will continue

Report and Recommendation of the Transportation and Transit Committee

o Next meeting will be 10/27 at 3pm to discuss Energy use in Transportation,

Report from the Mayor and City Council

Monday requesting a variance re minimum forestation requirement in Falls

continuance to investigate how we can continue to protect our drinking water.

o Terry Henderson on the fraud of Missing Middle zoning

o Frank Hielema on growth, civility, and trust and on David Knight’s lies about

his vote. He continued speaking after his time was up, so they turned off his

o Chaz Moore requesting funding for Juneteenth celebrations, including a

o Margie Case unable to appear, but a surrogate presented council with

o Lisa Hughet on this council’s failures on affordable housing

o Christina Jones on setting the record straight about CACs

o Shane Collins on affordable housing and importance of police/fire

0.1 miles north of the intersection of Oberlin Road and Wade Avenue. (District

D) – hearing continued until 10/18 for conditions to be updated

of the intersection of Rock Quarry Road and Whitfield Road. (District C) –

o Rezoning Z-12-22: Dawson and Martin, at the southeast corner of the

from request and extended lease for one year; council approved rezoning

o Rezoning Z-15-22: Washington Street, on the south side of Washington –

Street, adjacent to the railroad, approximately 550 feet east of Glenwood

conditions to be updated

o Rezoning Z-16-22: Boylan and Hillsborough, at the northwest corner of the

intersection (District D) – the request involves removing the property from the

approved 6 to 1 with Councilor Cox objecting. He cited need for more

mid-block between Cabarrus and Lenoir Streets (District D) – continued until

November 1 for further discussion between applicant and neighbors