Mayor Pro Tem Branch: The Time Is Now to Lead on Inclusionary Zoning for Affordable Housing 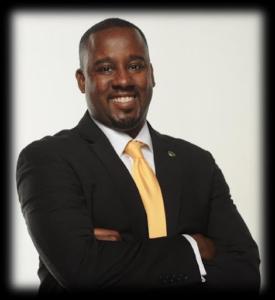 Historically, Raleigh’s City Council has demonstrated its willingness to advocate at the appropriate levels of North Carolina state government when the business at hand is considered worthy of such activity. Recently, such advocacy was initiated using a letter authored by Council Member At-large Melton requesting changes in state laws in order to allow for increased police oversight board powers.

Livable Raleigh believes it is time to advocate with the Legislature for the ability to enact Inclusionary Zoning. Per the UNC School of Government, Inclusionary Zoning involves using a local government’s zoning power to encourage private developers to construct affordable units as part of larger housing projects.  Gaining the ability to add inclusionary zoning to Raleigh’s Affordable Housing toolkit will provide more leverage with developers when collaborating on Affordable Housing Plans.

While the North Carolina Home Builders Association is reportedly opposed to inclusionary zoning, times have changed and the evolving political climate may well offer more support for an idea which has been dismissed as “against state law” for far too long. Fact is, local developer John Kane has long been quoted in the press as supporting changes in the law which would require a straight percentage of all development to be earmarked for affordable housing.

A number of housing advocates in Raleigh and nationwide view inclusionary zoning as one of the keys to effectively addressing affordable housing needs.

Witnessing Mayor Pro Tem Branch take the lead on this critical issue, will identify him as a member of the council who is unafraid of business interests opposed to inclusionary zoning and thus position him as being serious about addressing the woefully inadequate affordable housing programs instituted to date here in Raleigh.

One risk with inclusionary zoning and the current council members led by Mayor Baldwin is they might be predisposed to fail to use inclusionary zoning to help our homeless and most at risk fellow citizens and instead opt to build so called affordable housing for the more well to do.