Mayor Baldwin Launders the Facts thru the Spin Cycle 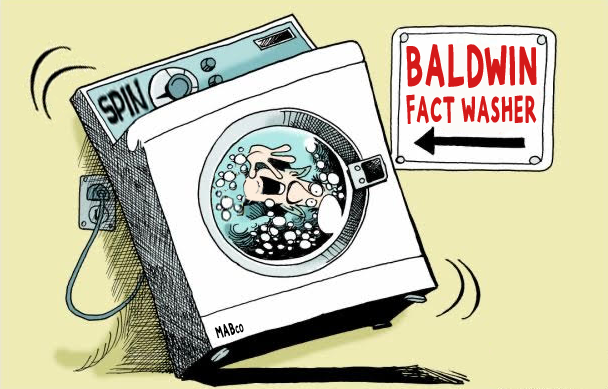 Mayor Baldwin claims moving 55,419 voters out of their current districts is less disruptive than moving 7,760.

Mayor Baldwin’s spin to the media:

“It was the most balanced that I felt we could do,” Mayor Mary-Ann Baldwin said of option two, the preferred map “Especially since we don’t know if we’re going to create another district, in which case next year, other districts will be redrawn anyhow. So this seemed to be the one that would move the needle. But it didn’t shake it up so much to cause confusion.”

The Mayor’s statement makes no sense when you look at the number of people who will be affected by Scenario 2 which this Council selected on February 1, 2022.  Remember, the choice was limited to only three scenarios drawn by city staff following Council’s strict criteria for these maps. Despite public input and suggestions for making these scenarios better, NO modifications to the original three scenarios were allowed to be considered.

Scenario 2 moves 55,419 voters and 15 precincts compared to Scenario 1 which gets the job done by moving only 7,760 voters and only two precincts.

Claiming that Scenario 2 “didn’t shake it up so much to cause confusion” makes you wonder what she sees in these numbers. Read the Mayor’s quote here: Raleigh leaders propose new district maps and see for yourself how the spin machine goes to work.

The Mayor’s comments and the media’s spin is in no way an accurate representation of the number of precincts and voters that will be affected by the choice of Scenario 2.

Redrawing the district maps is a necessary action due to Raleigh’s growth in order to rebalance the populations of the city’s districts. This was done by moving full precincts from their existing district and placing them into a different district.

Obviously Scenario 1 is the least disruptive of the three. Quite the opposite of what Mayor Baldwin said to the media about her selection, Scenario 2.

All three scenarios meet the criteria for rebalancing the populations of the city’s districts. There is no reason for selecting a scenario which moves over 7 times as many voters.

All of this moving around is just the beginning because a sixth district is likely to be added next year.  Adding a new district is a move 76% of the respondents to the city survey want to see happen. View the survey results here: Survey Results for Council

So if the numbers don’t lie, why is it necessary to move over 55,000 voters now for one election cycle only, when you can accomplish the same thing by moving fewer than 8,000 voters now?