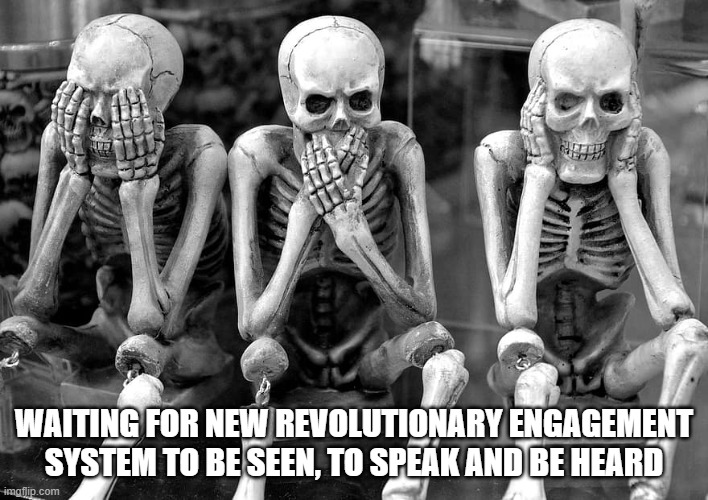 You may recall Phase I when Baldwin and her council majority abolished Citizen Advisory Councils, CACs, Raleigh’s nearly 50-year-old formal method for two-way communications between citizens and their government. This first phase occurred on Feb 4, 2020, in secret, without public notice or comment in a move INDYWeek said: “will always carry a stink that won’t wash off.”

At the time, disgraced, former councilor Saige Martin made the following promise to the citizens of Raleigh:

“We seek to revolutionize our civic engagement process to ensure an inclusionary participatory democracy, in which residents have multiple opportunities to engage as partners and co-creators of the future of our city.”

Ironically, his first move, defined here as Phase I, was to eliminate the only formal method for engaging with the city while promising multiple opportunities to engage. Huh?

Read more about CACs here: Why did they kill our Citizen Advisory Councils?

The second phase of Raleigh’s revolutionary new citizen engagement process was implemented 45 days later when all formal engagement by CACs in Raleigh’s rezoning process was forced to come to an end. The citizen-led minimum of two meetings for developers to interact with citizens to discuss, negotiate, and offer conditions for their zoning applications ended after the 45-day period and was replaced with one meeting under the complete control of the developer as compared to CACs which were controlled by the citizens. Council to hear from developers, not the public, on rezonings.

At this point the promise of multiple opportunities to engage as partners has resulted in one fewer meeting between citizens and developers to discuss applications for zoning changes. All control has been taken away from  citizens and handed over to developers. And, this council has eliminated any formal report of the citizens’ concerns to the Planning Commission and the City Council for those rezoning applications.

With the end of North Carolina’s declared state of emergency in regards to COVID-19, the city will be returning to in-person City Council meetings starting June 15, 2021.

Due to this change, Baldwin will eliminate one more option for citizens to engage with their government. When in-person meetings return, citizens will no longer have the option to participate in city council meetings “virtually” from home. You will be able to watch a meeting online. But, if you want to participate in either public comments or public hearings, your only option will be to attend in-person.

One of the complaints this council had with CACs was that citizens had to attend at a specific date, time and location in-person in order to participate. This is now EXACTLY what you will be required to do to participate in City Council meetings. Mayor Baldwin has effectively abandoned her concern for young families with children not being able to attend these in-person meetings.

In a stunning admission of failure, Baldwin cannot accomplish for the city council what she had demanded of CACs for them to be considered inclusive.

Although, Baldwin did note one plus to limiting participation to in-person only during the afternoon council meeting on June 1, 2021. The council was discussing the length of the meetings going late into the night, especially when there are both public comments and public hearings where citizens have the opportunity to speak. Baldwin noted the problem may take care of itself when she said:

“Since we’re going back to in-person meetings, let’s just see how that goes and then go from there. This might help take care of itself.”

This can only mean that Mayor Baldwin believes that fewer people will be willing or able to participate when their only option is to attend in-person. Thus meetings will be shortened as a result.

Stay tuned for Phase IV, how much better can this “Revolution” get?