Why did they kill our Citizen Advisory Councils? (the secret video!) 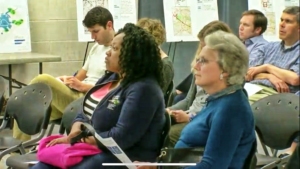 What were they up to? The secret video is at the bottom of your screen.

As you know, Raleigh’s system of 18 Citizen Advisory Councils were a national model for civic engagement dating back to their creation by former Mayor Clarence Lightner 50 years ago.

But suddenly, on February 4, 2020, they were GONE! Abolished by newly elected Mayor Mary-Ann Baldwin and her 4 brand-new City Council members, plus Councilwoman Nicole Stewart. They gave no public notice. Allowed no public comment. NEVER EXPLAINED why they were getting rid of Raleigh’s primary — and proven — tool for helping citizens be involved in local government decisions.

They never explained it, BUT NOW WE CAN. This just-unearthed video, produced by the city BEFORE Baldwin took office, shows the CACs for what they were really were. Take a look and if you like, share it before the secret is buried again!