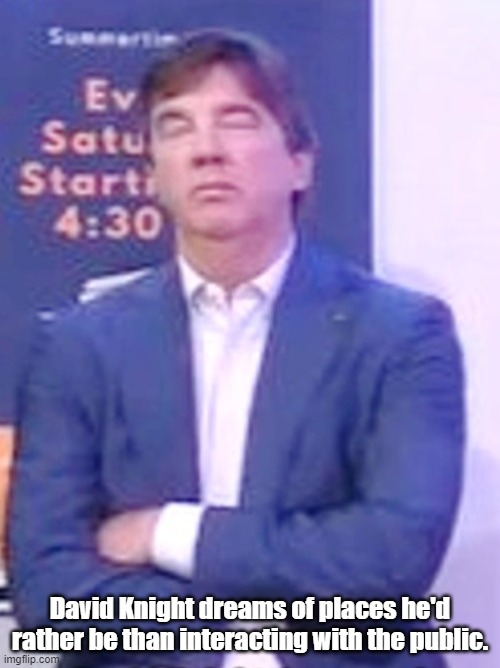 David Knight is struggling to divert voter attention away from his council record of development industry payola, citizen suppression and environmental destruction by lashing out at anyone who dares to fact-check his false claims.

We are a registered 501(c)(4) non-profit organization.

PACs are organizations like the NC Property Rights Fund and Triangle Government Alliance who both supported Knight’s 2019 campaign with outside spending during an election where Knight got over 70% of his campaign financing from the development community. See Follow the Money for the details.

It is sad when politicians have to resort to making false attacks on community organizations like CACs and Livable Raleigh, as Knight has done repeatedly in his bid for re-election. Watch him attack CACs from the Council table when he says CACs are Inappropriate.

It is even more regrettable when the attacks are made at an event hosted by another organization who, because of their own non-profit status, could not legally hold Knight accountable for the false statements or correct the record even though the event organizers knew his claims to be false.

Councilor Knight may not be able to be held legally accountable for false claims against a political opponent. But, that lack of accountability does not apply when he falsely accuses Livable Raleigh in public on a recorded broadcast. Such false statements are libelous and we demand that he cease and desist immediately.

Both Knight and Mayor Baldwin need to STOP the baseless accusations that Livable Raleigh is a Super PAC. We are not. Although, we are SUPER!

If you want to know more about Knight’s record of failure as a City Councilor, review his Report Card here: David Knight District E.

If you don’t think David Knight has the temperament a man should have to represent the people of Raleigh, donate NOW to help us continue fact-checking him and educating the public about his record of failure.