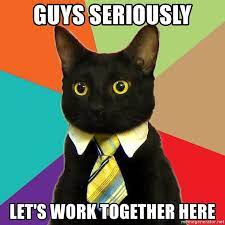 The 16 members of the City’s newly created Community Engagement Board met for the first time on August 30 – over 2.5 years since the Mayor and City Council took action to remove their support for the long-standing Citizen Advisory Councils (CACs).

Members were selected from a pool of applicants by specific categories outlined in the founding ordinance, including representatives from each of the city’s five districts. At first glance, the group looks pretty diverse and it includes a number of folks who have been active in the work of Raleigh’s established neighborhoods and their area CACs.

These community members were appointed to assist the City’s Office of Community Engagement’s work “to advance the City’s goal of improving and reimagining community engagement efforts. The office helps encourage active participation in decision-making dialogue and public policy.”

For now board members are in the process of being oriented to their charge and the ins and outs of public meetings and public information laws. They’re dealing with the work of creating by-laws and electing officers. Their August 30 orientation included a strong emphasis on transparency in their meetings and deliberations. Several members emphasized how important transparency would be in building community trust for the work of the Board.

That’s because many community folks have become increasingly skeptical that this new board can rebuild the trust damaged by Council’s pattern of secrecy and dis-engagement over the past 3 years. Trust in city government has been eroded by the current mayor and council’s lack of transparency and their practice of making important decisions behind closed doors without community input. New Board members seemed to recognize that this could be a hurdle to gaining community trust.

Folks are also wondering how the Office of Community Engagement and this new group of community activists will network with existing community groups and efforts. While City Council members have talked about how they “disbanded” the CACs, the reality is that many of the neighborhood volunteers that provide the structure and heart of those long-standing and productive organizations have continued to function and support the preservation of Raleigh neighborhoods – even without the support of the current mayor and city council.

It is the sincere hope of Livable Raleigh and its supporters that this Board will look to the active Citizens Advisory Councils and other neighborhood and community groups as part of the foundation for their work. The Community Engagement Board working with and supporting the work of existing CACs is a win/win for neighborhoods and the City.