Raleigh’s Future is in Voter’s Hands 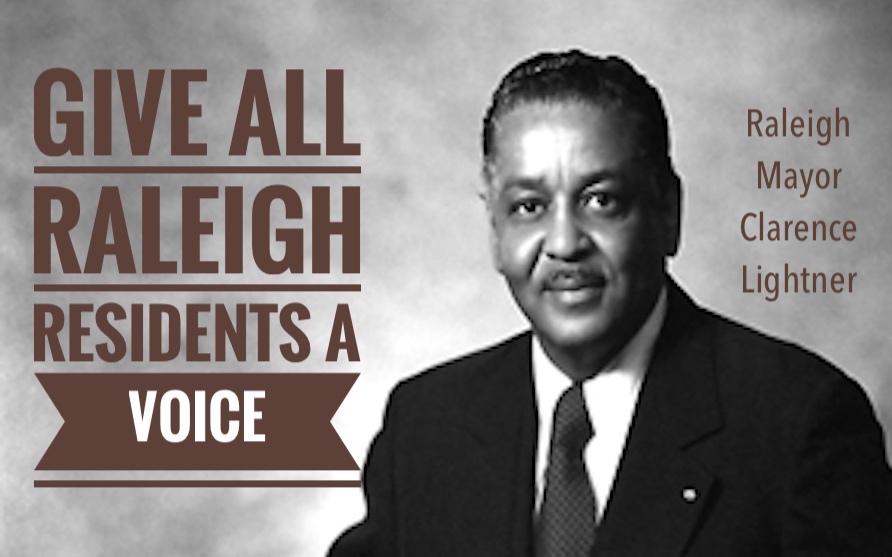 Livable Raleigh Chair Susan Maruyama recently sent this opinion piece to the News & Observer. They published an edited version and we wanted to share the complete version here.

Fifty years ago, when Clarence Lightner, Raleigh’s first and only black mayor, created the CACs (Citizen Advisory Councils), he did so for one simple and powerful reason: to give all Raleigh residents a voice in city affairs. Until then, Raleigh’s growth had been decided by powerful brokers in backroom meetings, while keeping citizens without money or influence in the dark, often bearing the brunt of growth decisions. Over these last 50 years, Lightner’s vision of a better balance of democracy and capitalism endured in the form of the city-supported CACs. Until February 4, 2020 when, in a backroom deal with no notice or community input, the current Council cut all ties and support for CACs, erasing Lightner’s vision of balancing democracy and capitalism in Raleigh.

Now it is more than two years later and we are still asking: Will the same Mayor and Council that sacked the CACs bring back authentic voices of community leaders elected by their own neighbors? Will they revive Mayor Lightner’s essential balance of democracy and capitalism?

In many ways the situation in Raleigh has reverted to the status Mayor Lightner saw when he established the Citizen Advisory Councils. In the absence of CACs, growth decisions once again are being brokered by powerful interests in the backrooms and behind closed doors. The public is once again cut out of the conversation with little to no regard for their well-being or quality of life. It is no wonder then that the recent poll conducted by Public Policy Polling for Livable Raleigh reveals that a massive majority of 69% of the respondents believe that the Mayor and Council’s disbandment of the Citizen Advisory Councils more than two years ago, was a bad decision with only 13% considering it a good decision.

There is a way to turn this bad decision around and restore democracy to the City of Raleigh. Why not dedicate the November 8, 2022 Raleigh City Elections to restoring Mayor Clarence Lightner’s vision? To do this, Raleigh voters – across all political stripes and colors – will need to turn out in record numbers and vote to elect candidates with the courage to restore Lightner’s vision – of a city that openly and honestly balances the powerful forces of capitalism with the authentic voices committed to democracy for all.