Working with CACs, instead of fighting against us, benefits residents as a whole 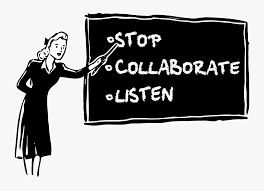 Christina Jones has chaired the RCAC and is a member of the Parks Board. She is currently running for City Council District E and Livable Raleigh is proud to endorse her candidacy. Christina shared these remarks at the September 20 Council meeting.

Today marks my 40th appearance in front of you all discussing Community Engagement.

As the newly elected Chairperson for the CACs, I came before you in January of 2020 to welcome the new council and ask for a better relationship with our organization. The following month, after meeting with a few of you and listening to the “I like CACs, but other councilors don’t agree,” you decided that CACs were no longer beneficial to the city or its residents. A month later, we were erased from the narrative and had to find our own voice.

We have spent the last two and a half years reimagining and rebuilding our connection with residents and city government. I still think about the day that you removed us from the conversation and it feels like yesterday. At that moment, I knew I had to immerse myself in city government in order to understand the “whys.” I joined the Parks Board, I sat on the task force on community engagement with Mickey Fearn, I helped to hire the new community engagement manager, and I continued to work with CACs to be the conduit of information in the void that you created. I realized that you weren’t going to reach out to us so I committed to speaking at every city council meeting so that resident’s concerns were not completely lost.

Your lack of vision and foresight has left our community without a voice. We have done our best to continue to work with city departments, local organizations, and developers to keep residents informed and we are doing a fantastic job.

Even though we have sitting councilors call us “illegitimate and illegal,” I am proud to say it was our dedicated Midtown CAC members who fought to include affordable housing in multiple developments over the last few months. It was our West CAC members who banded together to bring back their CAC and who have organized a leadership team that works with the community to strengthen their voice. It was our leaders from Southeast, Mordecai, Five Points, Southwest, East, Hillsborough-Wade, and Northwest who came together month after month to put their ideas together and create something new that would bridge who we used to be with who we are still trying to become.

We are stronger together and can’t wait until council realizes that working with us instead of fighting against us, benefits residents as a whole. Our voices are legitimate and will only grow over time.

The challenges that lay ahead can seem overwhelming at times, but the community is here to support and encourage a council that values their input. Thank you for helping me get to 40 appearances in front of you. Thank you for reminding us that those sitting at this table would rather pick and choose who they represent. Thank you for being my inspiration to run for City Council this November. I’ll see you in two weeks!