For all the talk about how this Mayor and new City Council are going to develop a fantastic, new community engagement initiative, you’d never know they give a hoot about this subject given how they have restricted our ability as citizens to participate on the matters that impact everyone and every neighborhood in Raleigh.

This new administration is just over four months old and already their actions speak louder than words.

Lack of responsiveness to constituents

Communication to citizens is inadequate and confusing. It is not easy or obvious to learn about how the public can participate in city meetings. For example, an agenda was posted on 3/30 for the 4/7 Virtual City Council meeting. But the final agenda, which is available about four days prior to the meeting, is posted in Board Docs on the website but it is very hard to find and access. Why is it so difficult to find out what actually will be discussed?

Limiting Public Participation – The most recent example of limited public comment and participation is the City Staff recommended plan to CAMPO for widening Creedmoor Road by two lanes. Say what? This has just come to our attention in the past day and the deadline for any Public Comments is April 15th! This is unacceptable. How do we change this date to give adequate time to understand the proposed plan and to respond appropriately?

No public comment or participation was allowed in the ill-advised process to abolish the Citizen Advisory Councils (CACs). The CACs were abolished without notice and without public comment allowed. What kind of City administration which claims to support community engagement does something like this? To make matters worse, the new Mayor and City Council took this irresponsible action without having a replacement solution for citizen engagement that could immediately replace the CACs. This leaves the residents of Raleigh without any forum for productive public discussion about the wide-ranging issues that affect neighborhoods in Raleigh. And please don’t tell me that the recently passed “Neighborhood Meeting” run by the rezoning Applicant giving only the people who live within 500’ of the area to be rezoned a voice at the one and only meeting held on the issue provides satisfactory citizen input and engagement.

Look, these are stressful times for everyone. As a result, we are all on high alert. We are sensitive and we are paying particular attention to what our elected officials do and don’t do. Note to the Mayor and City Council: Please be more responsive and transparent. Please proactively communicate and allow enough time for fair and open public comment. 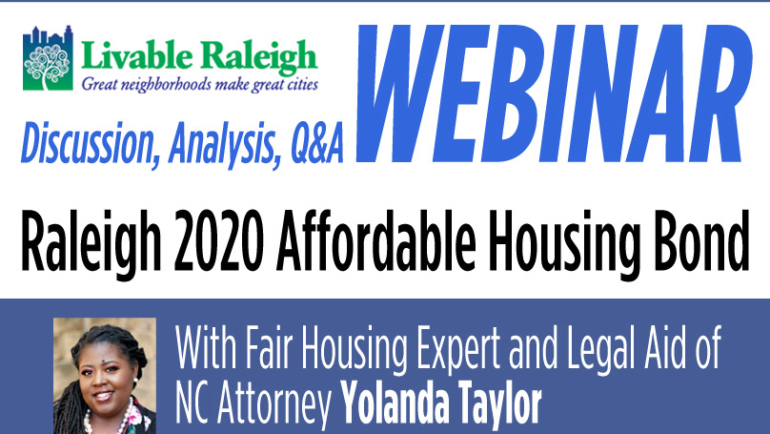