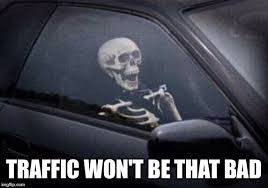 I have looked at the agenda for your planned meeting on Tuesday. I do appreciate the time that you take to hear each case but the agenda is very full and I fear that some rezoning cases will not get the attention that they deserve. With that in mind, I want to draw your attention to two cases on your schedule that will impact the Midtown area, both individually and collectively.

On your docket for review are Rezoning applications Z-45-21 and Z-67-21. Both of these applications conducted a TIA as part of their requirements but with different review mechanisms. The irony is that both studies looked at the same roadways and intersections but came to significantly different conclusions. While this should be the subject for further discussion, it is not the reason that I am drawing this to your attention.

Both rezonings impact the same roadways and neighborhoods. They will each impact car, bicycle and pedestrian travel on two main thoroughfares – Six Forks Road and Wake Forest Road, and the two major east / west thoroughfares – Saint Albans Road and the planned connector roads to Navaho Drive. Due to the increased traffic flow from both projects, neighborhood streets will take on more cut through traffic than they currently accommodate. While roadway improvements are planned for the future, budgeting for those improvements is delayed again even though some have been on the books for five years or more. To date, this specific area of Midtown has not seen any roadway changes since the approval of North Hills East in 2016. A fast glance of the TIA summary reports for both Six Forks Road and Navaho interchange finds the level of service to be “F”, the lowest grade feasible.

Both of these projects will increase office and residential units at a conservative estimate of ten times what is currently available and will directly affect local thoroughfares with construction built with minimum road setbacks.

So before you deliberate on the merits of each rezoning case individually, I and other area residents suggest you look at these two projects collectively. According to planning staff review, they both claim compliance with policy. What they don’t comply with are the recommendations for building heights, as outlined in the Comprehensive plan and Midtown Area Plan, as outlined in AP-MT-12 and AP-MT-1, the Midtown Land Use / Urban Form Map. The recommended height for Z-45-21 is not included on the map however 20 stories would be consistent with other rezoned properties in the area surrounding the subject property. The recommended height for Z-67-21 is 20 stories, although no structure greater than 12 stories in North Hills Main  has been built to date. In fact, the only structure greater than 20 stories in both North Hills Main and East is the luxury hotel under construction using zoning approval from almost ten years ago. It is the exception, not the rule.

In summary, please consider the impact of both of these projects before deciding on them individually. Please do not separate them since they both impact the same areas – one to the East and one to the West of Saint Albans Road.

PS – Please note that both rezoning projects are located within the defined Midtown – Saint Albans small area plan, yet only one includes a condition for affordable housing, as defined by AP-MT-13. Considering that the proposed rezoning, Z-67-21, is positioned along a major transit thoroughfare and the City’s primary objective of providing affordable housing includes Affordability along Transit, why award a developer with added building heights without some conditional allowance for affordability.