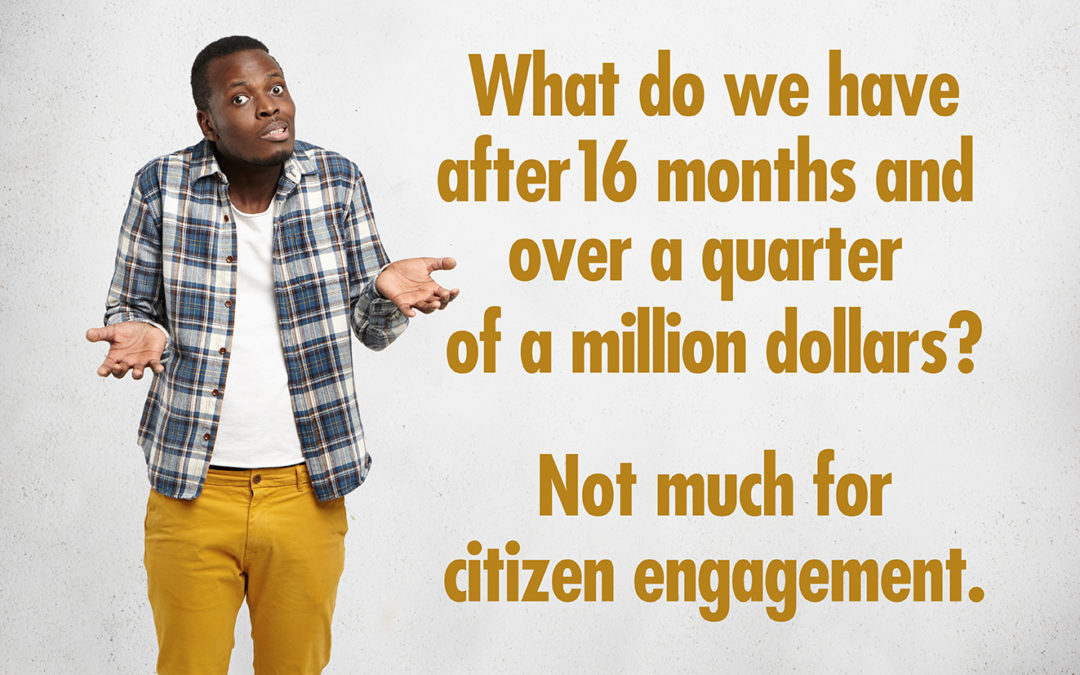 A year ago in early June, Mickey Fearn signed a $72,000 10-month contract with the City of Raleigh. The contract called for designing new community engagement functions to replace Raleigh’s CACs (Citizen Advisory Councils) during Phase 2. That should have happened by February of this year. It did not happen, and the City Council didn’t notice or care. No accountability for how our taxpayer dollars are spent, or serious commitment to new citizen engagement functions. To mark the anniversary of Mr. Fearn’s contract, I spoke to the City Council on Tuesday, June 1st. Below are my comments along with the 2-page PDF that was presented while I talked. — Michael Lindsay

Hi Mayor Baldwin and City Council members. I hope all of you had a good Memorial Day weekend.

However, the City Council did recently vote to create a new Office of Community Engagement. Will this new office perform better than what City staff were doing prior to February 4th? That’s the quarter million dollar question.

Some of the reasons given for abolishing City support of CACs were: lack of diversity, low participation, and budget concerns. Yet as this photo shows, CACs did have a diverse leadership. Regarding participation: according to the City’s own survey, CACs had a higher percentage of Raleigh’s population attend at least one meeting than those who voted in the last City election. So if low participation is an issue, by that logic, the City Council should have abolished City elections and hired a consultant to come up with a better process. About budget concerns: I have asked councilors and staffers what Raleigh spent each year supporting CACs. Nobody has been able to tell me the yearly budget. If you don’t know what something costs, how can you form an opinion that it’s a budget problem?

So, where are we today? Many CACs are doing quite well, but the CACs with high minority populations are struggling to survive or have collapsed without City support. The new Community Engagement office will cost around $190,000 each year. How does that compare to what the City spent supporting CACs? We don’t know. What we do know is that the City has committed over a quarter of a million dollars without any replacement for CACs.

Please click on the below image to view the 2-page PDF of the presentation. 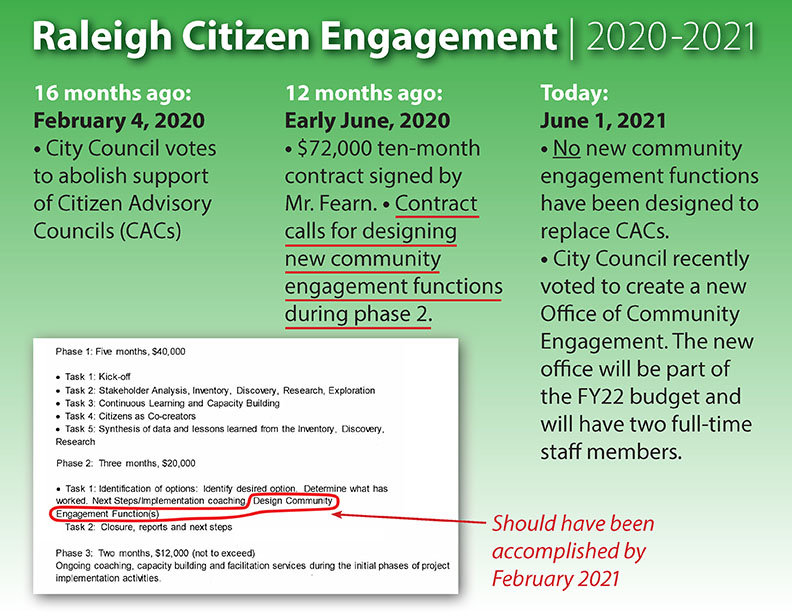