The Density and Growth Dilemma 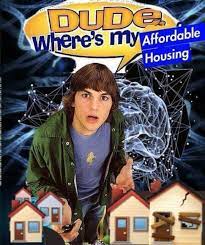 The false dichotomy that one must be either pro-growth or anti-growth serves no one. A sensible and balanced approach to development would promote growth that is equitable, environmentally sustainable, supported by adequate infrastructure, and compatible with existing development.

Everyone is opposed to sprawl and the consequential negative environmental impacts. But if density does not include affordability, sprawl will inevitably result. Every community needs workers at all socioeconomic levels – from CEOs, tech titans, celebrity chefs, and doctors to first responders, teachers and educational support staff, bus drivers, and restaurant servers.

The first responders, teachers, bus drivers, and restaurant workers who are gentrified out of their homes and neighborhoods when unaffordable density displaces them will inevitably contribute to sprawl when they relocate to more affordable neighborhoods further from the City center. And then the burden of longer commutes and reliable transportation will fall disproportionately on those least able to afford it.

While building more housing and increasing density theoretically may eventually result in a trickle down of more affordable housing options, it doesn’t help those contending with gentrification RIGHT NOW if there are no provisions for affordability.

When a governmental entity greatly enriches a property owner by granting them an increased density entitlement on their property, doesn’t it make sense to require a community benefit in return, such as a real commitment to offer some amount of affordable housing?

Where can the residents of Naturally Occurring Affordable Housing (NOAH) go RIGHT NOW when their homes are bulldozed and replaced with more expensive high rises?  Where have all the former residents of NOAH, such as Country Club Homes, moved?  Where will the residents currently living in the Montecito apartments and the Quail Ridge apartments go when their homes are torn down and replaced with more high-end housing? Where are longtime residents of Southeast Raleigh or North Hills going to go as their neighborhoods are gentrified?

Density without affordability contributes to sprawl. And contributes in a glaringly inequitable manner.