The City Council’s Affordable Housing Bond Issue: “Buckets” of Debt ($80 mil) in Search of a Plan

The full statement of the Wake County Housing Justice Coalition

Hard to believe, but an $80 million Affordable Housing Bond Issue is on the City Council agenda today for a go-ahead vote. And it’s going to pass. In a virtual session, public excluded, in the midst of pandemic and chaos … 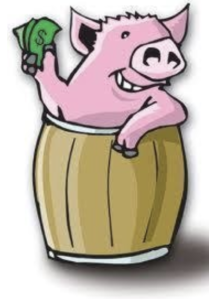 Will Council’s bond commit to our greatest needs or be left a pig in a poke?

Literally, the “plan” consists of 5 “buckets” of money (the Council’s term) defined only by a name (e.g., Public-Private Partnerships) and an amount, but with no definition of how each “bucket” will be used or the amount of housing it will produce.

The buckets total $80 million that a future City Council can spend as they like.

[If voters approve the bond in November, 2020 — a big if — we’re informed the money won’t be available to spend until after the 2021 city election.]

And yet, there’s no doubt at all that Raleigh has a massive, and worsening, shortage of affordable housing for families with low incomes. Thus, we should pass a robust Affordable Housing Bond this year if at all possible.

In other words, we don’t like what’s on the table at all. But we haven’t given up hope that Council can be persuaded to establish the right goals, adopt them as policy commitments and present to voters — instead of swiss cheese — a strong package that merits support.

To that end, Livable Raleigh is working in coalition with a group of partner organizations and advocates called the Wake County Housing Justice Coalition.

WCHJC has called on Council, in public statements over the past several months and an 11-page submission yesterday, to commit to the following:

This Report Says It All —

Shockingly, a lot of the basic facts presented to Council by the Coalition were taken from the City’s own Draft Consolidated Plan 2021-2025, which Raleigh is required to submit to Washington in order to receive federal housing and community development funding.

Heres what the Consolidated Plan had to say —

“The primary housing need for Raleigh’s low- and moderate-income residents remains finding rental housing that is affordable. Raleigh’s rapid growth has resulted in rising land values and housing costs, while incomes for lower-wage earners have failed to keep pace. Very-low (50% AMI) and extremely-low (30% AMI) income households are most affected, with 16,685 extremely low-income households experiencing severe cost-burdens, spending more than 50% of their income on housing and utility costs. An influx of high-paying jobs and demand for housing near the city center has resulted in many once affordable areas being redeveloped into higher income neighborhoods.

The City’s Housing and Neighborhoods Department generated the Consolidated Plan. And yet the same Department is responsible for bringing to Council the 5 “Buckets” that avoid the very needs the Plan is supposed to address.

The saddest thing is, Council knows all this, because we’ve told them. And yet it has done nothing to explain the buckets, define the buckets, or augment the buckets with strong, progressive policy commitments.

Last week, the WCHJC met via Zoom with Councilor Corey Branch, the lone African-American Council member whose district includes Southeast Raleigh. Branch heard our critique and did not dispute it. In fact, Branch pledged to work toward a commitment that bond funds would focus on families with incomes of 30% AMI and below.

We were delighted to hear him say that. But he’s one vote, and on an 8-member Council, it takes 5 votes to get things done.

The bond package will pass today just as it is, which is a shame. But policy commitments can be appended prior to the required public hearing on July 7; and even afterward, such commitments can be adopted in  time for voters to study them before they go to the polls.

But to have any teeth, these commitments must be specific, and they must be adopted officially by Council. Vague, or even strong promises by individual members won’t be enough. Raleigh’s affordable housing needs are critical, so it’s critical that this bond, when spent, hits them head-on.