Rezoning Cases — A Look Behind the Numbers 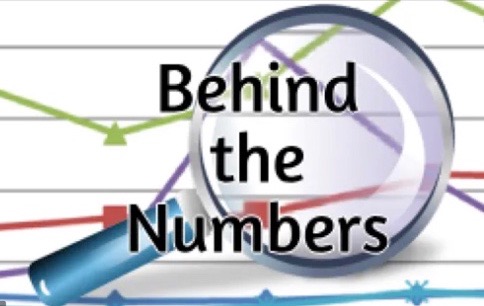 The graph below comes from a Triangle Business Journal article contending that developers are “flooding” the current council with rezoning requests because they are confident that their requests will be quickly and easily approved, and implying that that was not the case with the previous council.

Many people, looking at the numbers, assume that the 2019 and 2020 numbers reflect cases approved by the current council, and that 2017 and 2018 numbers indicate approvals by the previous council.

However, the graphs represent the number of zoning cases submitted; not necessarily approved. Moreover, the current council (Baldwin, Melton, Stewart, Buffkin, Cox, Branch, Martin/Forte, and Knight) took office in December 2019, so only the rezoning cases in the 2020 bar were submitted to them.  The previous council (McFarlane, Stephenson, Stewart, Thompson, Cox, Branch, Crowder, and Mendell) was elected in October 2017 and took office in December 2017, so the 2018 and 2019 numbers reflect rezoning cases submitted to them.

The decline in rezoning submissions from 2016 to 2017 happened when the council was comprised of McFarlane, Baldwin, Stephenson, Thompson, Cox, Branch, Crowder, and Gaylord.

So it’s clear that other factors beyond council make-up are likely impacting the number of rezoning requests. And, what’s more significant than the total number of cases is the actual size and scale of each rezoning case and its impact on the larger community, especially pertaining to overall impacts on things like housing affordability, gentrification, traffic, storm water runoff, environmental sustainability, and preservation of our tree canopy.

Before the current council took office, rezoning requests were presented at one neighborhood meeting and at least two CAC meetings, giving plenty of opportunity for developers and residents to discuss the advantages and disadvantages of each case. In most instances cordial discussions led to zoning conditions being negotiated that represented a win-win for all.  Examples include the RusBus building and John Kane’s Smokey Hollow 40-story tower.

However, the current council, after attempting to destroy the CACs, has added one additional neighborhood meeting (run by the developers), and totally eliminated CACs from the process. They have put little time or effort into helping residents and developers negotiate rezoning conditions. They rush to approve development requests with little regard for concerns about housing affordability, gentrification, traffic, storm water runoff, environmental sustainability, and preservation of our tree canopy.

The most egregious recent example being a specially called meeting to accommodate John Kane’s timeline and approve his Downtown South rezoning request while ignoring the concerns of area residents and even the unanimous recommendation of the Planning Commission to return with a more detailed proposal called a Planned Development. While the Downtown South project counts as just one rezoning approval, the magnitude of the Kane rezoning could more than equal in its impact all the rezoning changes approved by City Council over the past few years.

Instead of dismissing as anti-growth those who want to be thoughtful and inclusive in making decisions about Raleigh’s growth, Livable Raleigh advocates that growth be managed to achieve our platform policies: