Raleigh says there will be no additional response despite increasing crime. 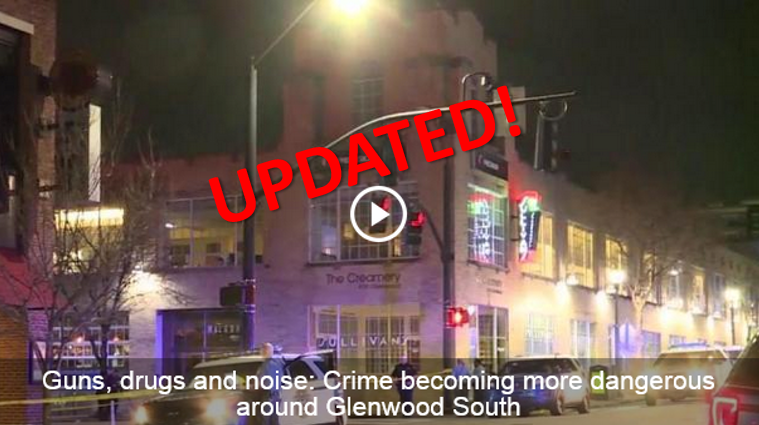 From a WRAL report. See link below

Police presence on Glenwood South was increased last October after complaints. Even so, six months later, crime continues to increase under the leadership of Mayor Mary-Ann Baldwin.

At-Large Councilor Melton seems resigned to the increase in crime as an inevitable part of vibrant, urban life.

As a follow-up to our report last week (Raleigh’s Crackdown proves ineffective), more data has been reported.

From the N&O we find this:

In the first three months of 2022 compared to the same time frame in 2019, there were more assaults, more DWIs, more damage to property, more larcenies, more thefts from cars and thefts of car parts and the same number of drug felonies and misdemeanors. There was one report of forcible rape this year, a crime that wasn’t reported at all in the same time frame of the last three years. This year, larcenies more than doubled, weapons violations quadrupled and two vehicles instead of zero were stolen, compared to 2019 data.

From ABC11 we find this:

The largest increase, from data pulled between January 1 and March 20, was pocket-picking. It was up 780 percent from pre-pandemic levels

There are other significant spikes including larceny, which is up 222 percent since 2019, assault up 16 percent, communicating threats rising 200 percent, felony up 67 percent, credit card or ATM fraud increasing 20 percent, and ID theft spiking 100 percent.

This increase in crime and the ineffective response to it has all occurred under the leadership of Mayor Mary-Ann Baldwin and her council majority elected at the end of 2019.

At the closing of this year’s Raleigh City Council Retreat, the first consensus point noted from this Council was:

And as we told you last week, At-Large Councilor Jonathan Melton’s response to the rising complaints was to say:

Maybe Melton should struggle with the fact that your likelihood of having your pocket picked has increased 780% since he was elected to lead Raleigh’s transformation to a big city.