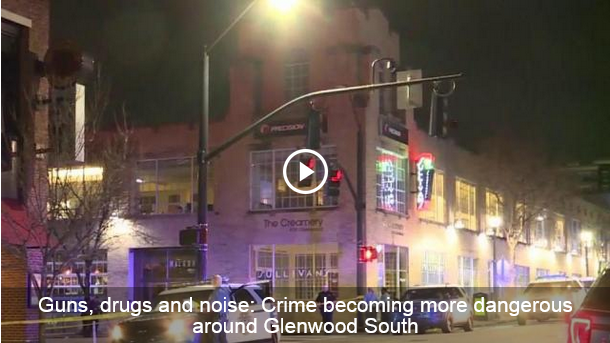 From a WRAL report. See link below

Raleigh’s Mayor Baldwin, At-Large Councilor Melton and the current City Council majority took office at the end of 2019. Under their leadership crime is rising on Glenwood South.

After St Patrick’s weekend celebrations, WRAL reports the period from Jan 1, 2022 to March 9 saw 299 crimes including 40 weapons violations, up 400% from the same time period in 2019, and 56 assaults, up 47% from 2019. Full report: Guns, drugs and noise: Crime becoming more dangerous around Glenwood South

While neighbors have always dealt with nuisance issues such as drivers revving their engines and crowd noise deep into the night, they’re shocked to hear about police recovering weapons and responding to assault calls.

“It’s getting to the point of you know what you are signing up for if you move here now but there’s definitely people who lived here before and did not sign up for that.”

From June 1 to Aug. 31, there were 94 noise complaints in Glenwood South, said Raleigh Police Capt. Jonathan Wood. In addition to the 22 guns seized, there were 227 criminal charges. The biggest issue is reported assaults, he said. “There were 56 during that time period,” Wood said. “Almost all of those had a suspect or victim who was extremely intoxicated.”

Residents have “very real concerns” but the city should be careful to strike a balance and not “quell the attractive aspects of Glenwood South,” “Cities have tourist attractions and it’s good to have a tourist attraction in our downtown, and cities have noise issues,” he said. “Cities are vibrant. We are a growing city so we are going to struggle with some of these issues. I certainly think it needs to be addressed but I really want us to be careful that we do not over-regulate to the point the good aspect of having a quote tourist attraction, go away.”

The full story is here: Peeing, Parking and Pistols

Melton’s balanced approach designed to protect Raleigh’s growing “urban vibrancy” over its neighborhood residents, has not accomplished anything. In fact, crime has risen dramatically. For Melton this is just the price you have to pay if you want to be a real city.

Baldwin and Melton’s next move to continue to grow the city’s “urban vibrancy” will be to replicate the alcohol-fueled problems being experienced on Glenwood South onto Fayetteville Street as they plan to implement a “social” district there which will allow public consumption of alcohol on the street seven days a week.