Citizens Speak Out: When Council Silenced the CACs, Black Communities Suffered Most 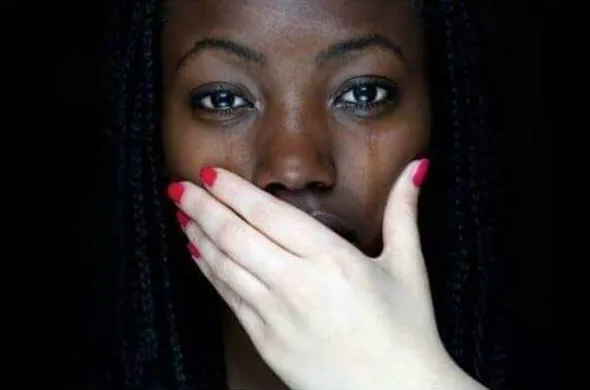 During the holidays we are re-posting some of our most impactful guest blogs while we take some time away from our hectic schedules. Here is an important message from the community.

At the June 2nd City Council meeting, Hillsborough-Wade CAC Chair Donna Bailey shared a video about the CACs that was produced — ironically — by the City itself before the new City Council abolished them.

Four more Raleigh residents registered their dismay at what Council did.*   One, John Frederick Turner, is the son of one of Raleigh’s first black Council members and a strong CAC proponent. We’ve excerpted their comments below.

I present this dialog by first injecting the name of my father, Frank Lewis Turner. My father sat on the Council I’m addressing in the early 1980s. He was one of the “at large” councilmen (and one of the first Black members of Council).

Now-a-days it seems that many politicians will promise me exactly what I wish to hear. That’s during the campaign. I believe a change of heart doesn’t occur overnight without some ultimate Divine persuasion, or the human kind — favors or cash. Was the CAC a wrong voice for Raleigh’s residents? Was there 40+ years of the wrong things? How was it deemed detrimental to Raleigh? Detrimental enough to disband without debate, without consultation of the community?

It’s the people, not the developer’s buildings, that make Raleigh attractive to not only those coming in, but also to the older souls that made it what it is. Yes, I call Raleigh a big country town. Whoever wants to turn it in to a metropolis has no idea the heartache that will eventually be forcibly injected, whether you like it or not. To have not hired a consultant, done the research, had this virtual council apparatus in place, leaves Raleigh’s heart open to knives that will cut neighborhoods and communities up. Don’t allow greed to gleam brighter than charm.

Trust is something that has to be earned. In disbanding the CAC’s, the ONLY community-based voice in Raleigh, you got rid of a valuable place where citizens and police got together on a regular basis to discuss important issues. It was the BEST at building relationships with the police and having a dialog with neighbors.

Forty percent of the CACs (8 of 18) were in predominantly Black neighborhoods. Your actions of disbanding them silenced the very voices that you now say you want to hear from. I ask you why would anyone trust your actions now?

There is an alarming discrepancy between what Patrick Buffkin said about the CACS during his campaign and his vote as an elected official to dismantle them. This discrepancy comes across as a political bait and switch in a process that can be best described in INDYWEEK’S words as carrying “a stink that won’t wash off.” It has been 4 months, and I assure you, the stink has not worn off.

Even worse, our city is in turmoil after a weekend of impassioned protests over the murder of another unarmed person of color at the hands of law enforcement officers. Now, more than ever, Raleigh needs to come together. But how can it? With the exception of David Cox and Corey Branch, this council has disempowered the community by taking away its main forum for engagement, the CACs, and there does not appear to be a replacement in sight.

Councilor Knight, as a candidate for your current councilor seat, whose vital interest are you serving when you plot in secret with other council members to eliminate the CACs?  Just how will you serve to represent the public’s interest and hear all of their views about what is important to them in your district until a replacement is found and implemented?  What’s your big plan to engage and participate with your community until your hired consultant tells you what to do?

May I remind you, Mr. Knight, that although you and your campaign may have been funded by big developers and their bottomless bank accounts, it is your JOB as a councilor to serve the public’s interest and not your own.  Your hypocrisy on this issue is blatant, unethical, and wrong.

I did not invest years of my professional life in the armed forces of this country and participate in two wars only to sit back while citizens are denied the right to participate in and comment on the conduct of OUR government. Democracy is a two-way street.

This council certainly enjoyed no mandate in the last municipal election, in which far less than a majority of the electorate participated. It is therefore outrageous that you have taken action to eliminate the most economical and reliable forum for communication among Raleigh’s citizens and the officials who nominally represent them. This is not a monarchy that governs by fiat. Restore the voice of the citizens, let them be heard, and LISTEN to them.

* Regarding the Council members who voted to dismantle the CACs, Council members Knight, Buffkin, Martin, Melton and Stewart all said during the 2019 election campaign that they appreciated the value of CACs and wanted to STRENGTHEN and IMPROVE them. They never tipped their hand about getting rid of them. Council members Branch and Cox voted to retain the CACs, but were out-voted 6-2. Mayor Baldwin, for the record, always scorned the CACs.