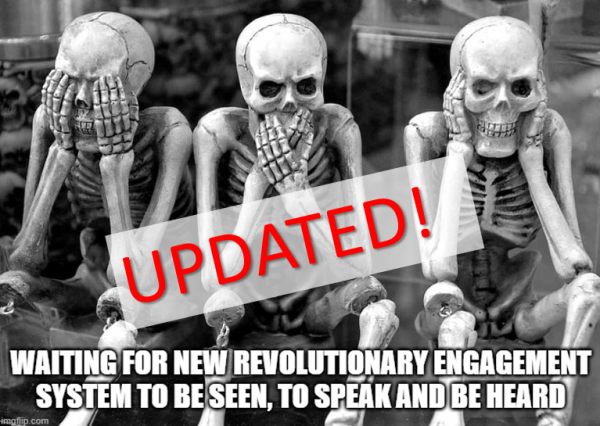 UPDATE – Last week we warned you to stay tuned for Phase IV and within days it has arrived. Phase IV follows up hot on the heels of the implementation of Phase III.  We are republishing the entire piece, which now includes Phase IV, in case you missed the original. Read the details below.

You may recall Phase I when Baldwin and her Council majority abolished Citizen Advisory Councils, CACs, Raleigh’s nearly 50-year-old formal method for two-way communications between citizens and their government. This first phase occurred on Feb 4, 2020, in secret, without public notice or comment in a move INDYWeek said: “will always carry a stink that won’t wash off.”

At the time, disgraced, former councilor Saige Martin made the following promise to the citizens of Raleigh:

“We seek to revolutionize our civic engagement process to ensure an inclusionary participatory democracy, in which residents have multiple opportunities to engage as partners and co-creators of the future of our city.”

Ironically, his first move, defined here as Phase I, was to eliminate the only formal method for engaging with the city while promising multiple opportunities to engage. Huh?

Read more about CACs here: Why did they kill our Citizen Advisory Councils?

The second phase of Raleigh’s revolutionary new citizen engagement process was implemented 45 days later when all formal engagement by CACs in Raleigh’s rezoning process was forced to come to an end. The citizen-led minimum of two meetings for developers to interact with citizens to discuss, negotiate, and offer conditions for their zoning applications ended after the 45-day period and was replaced with one meeting under the complete control of the developer as compared to CACs which were controlled by the citizens. Council to hear from developers, not the public, on rezonings.

At this point the promise of multiple opportunities to engage as partners has resulted in one fewer meeting between citizens and developers to discuss applications for zoning changes. All control has been taken away from citizens and handed over to developers. And, this Council has eliminated any formal report of the citizens’ concerns to the Planning Commission and the City Council for those rezoning applications.

With the end of North Carolina’s declared state of emergency in regards to COVID-19, the city will be returning to in-person City Council meetings starting June 15, 2021.

Due to this change, Baldwin will eliminate one more option for citizens to engage with their government. When in-person meetings return, citizens will no longer have the option to participate in City Council meetings “virtually” from home. You will be able to watch a meeting online. But, if you want to participate in either public comments or public hearings, your only option will be to attend in-person.

One of the complaints this Council had with CACs was that citizens had to attend at a specific date, time and location in-person in order to participate. This is now EXACTLY what you will be required to do to participate in City Council meetings. Mayor Baldwin has effectively abandoned her concern for young families with children not being able to attend these in-person meetings.

In a stunning admission of failure, Baldwin cannot accomplish for the City Council what she had demanded of CACs for them to be considered inclusive.

Although, Baldwin did note one plus to limiting participation to in-person only during the afternoon Council meeting on June 1, 2021. The Council was discussing the length of the meetings going late into the night, especially when there are both public comments and public hearings where citizens have the opportunity to speak. Baldwin noted the problem may take care of itself when she said:

“Since we’re going back to in-person meetings, let’s just see how that goes and then go from there. This might help take care of itself.”

This can only mean that Mayor Baldwin believes that fewer people will be willing or able to participate when their only option is to attend in-person. Thus meetings will be shortened as a result.

With the return to in-person meetings Mayor Baldwin has gone even further than just the elimination of virtual participation in City Council meetings. She has made three more changes that each make it more difficult for citizens to participate.

First, very little effort was made to alert the public that in-person meetings were resuming on June 15 and that there would no longer be an option for remote participation.

Second, prior to COVID and virtual meetings, those who wanted to speak could sign-up to do so up to 1 hour before the start of the meeting. In fact, Councilor Melton always brags about this as one of the ways this Council made it easier for the public to engage with the city. And, at one of Council’s last meetings, when they discussed returning to in-person meetings, it was clarified that this practice would go back into effect. This subsequently was confirmed by City staff in response to a telephone inquiry. However, very suddenly, arbitrarily, and without any notice, this feature was eliminated by Baldwin, even though she does not have the authority to do so. All participants are now required to sign-up online by 5PM the Friday before the Council meeting. Those people who were unaware of the unannounced process change were denied their right to sign-up.

Third, Baldwin has decreed that all speakers are now REQUIRED to enter a description of what they intend to speak about during the Public Comment period of the Council meeting. This information used to be OPTIONAL. But, no longer. It seems odd for the public to be required to warn the Council what they plan to talk about so that the Council may prepare for a rebuttal when in fact the Council puts no such requirement on itself. You will recall on Feb 4, 2020 when the Council majority abolished support for the Citizen Advisory Councils (CACs) there was no mention of the topic at all on the published agenda for the meeting. Not only was the public kept in the dark of this secret plot, Mayor Baldwin and the Council majority ambushed Councilor David Cox as well by keeping the information from him.

Finally, Baldwin has moved the Public Comment period in the agenda. During COVID when participation was virtual, Public Comments were always at the top of the agenda immediately after the Consent Agenda. This allowed participants to know in advance when their time to speak would be coming so they could plan for it. But, now that Baldwin is moving back to in-person meetings, the Public Comments period has been pushed back randomly into the middle of the agenda. Participants will have NO IDEA when their opportunity to speak will come up and will simply have to plan to spend the ENTIRE DAY sitting in the Council chambers waiting for their turn to speak. Because this puts an undue hardship on workers planning to take time off and on parents trying to arrange childcare, it’s now more likely they will just NOT BOTHER and stay home. Very much like what this Council majority said was a problem with CACs, but perfectly in line with Baldwin’s acknowledgement that taking away the remote option might mean fewer people attending Council meetings and therefore fewer late nights for councilors.

There you have it, step by step, this Mayor and this Council continue to make it harder for people to participate and engage with their government.