Whenever Mary-Ann Baldwin calls for ‘flexibility’, what she wants is a backroom deal.

When Mary-Ann Baldwin recently called for “flexibility” in spending Raleigh’s proposed Affordable Housing Bond funds, what she really wants is another backroom deal. 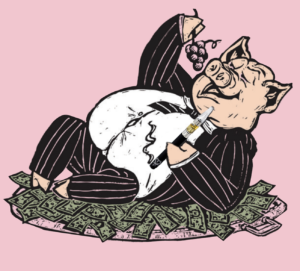 At their June 2 meeting, the Raleigh City Council debated whether to follow the recent example of Durham‘s successful $95 million Affordable Housing Bond. Last December*, Mayor Baldwin invited Durham’s Mayor Schewel to tell Raleigh Councilors why Durham‘s bond succeeded. Schewel described two “crucial“ steps in earning the trust of voters in Durham. First, they listened to the community and second, they committed that bond funds would be directed to the community’s most pressing needs **.

At the June 2 meeting, Councilor Branch agreed with Mayor Schewel, saying he wanted to “work with the community to make sure that we really focus on those that need the most assistance“, those at or below 30% of Area Median Income. Councilor Cox agreed with Branch, noting that the current bond recommendation does not yet make clear spending commitments. “My main concern is that we are not simply writing a blank check that will inadvertently lead to more gentrification”.

Manager says commitments can be added

Manager Hall confirmed the request of Councilors Branch and Cox: “If the Council would like to go to the point of adopting more details than what the Affordable Bond Committee put in their report we can certainly do that”.

Baldwin closed the discussion and tried to head off Branch and Cox’s request. Warning against making commitments to Raleigh‘s bond voters, she offered her perspective as a veteran Council dealmaker: “We want to provide some flexibility”.

Wait a minute — After having invited Mayor Schewel to provide a road map for Raleigh’s bond to be successful, why would Baldwin not wholeheartedly support his crucial recommendations for listening to the community and committing to Raleigh bond voters, as Branch and Cox advocated, so that the bond funds would not be a blank check, but go to Raleigh’s most pressing needs?

As has always been the case with Baldwin and the development community , the holy grail is “flexibility”. In this case, her pro-development constituency is licking their chops at a potential $80M taxpayer hog trough. Baldwin wants the flexibility to parley with supplicants in Barnhill’s back office – slicing up the pork for projects that gentrify vulnerable Raleigh neighborhoods, while buying influence with her favored campaign donors.

If Council wants this Affordable Housing Bond to fail, go with Baldwin‘s flexibility. If Council wants this bond to succeed, take the two crucial steps described by Mayor Schewel: Listen to the community and commit to spending the bond funds on Raleigh‘s most pressing affordable housing needs.

* At Raleigh Council’s Dec 17 Worksession (at 52:30 of video), Mayor Schewel described the ‘two crucial steps’ in earning the trust of Durham voters: (http://raleigh.granicus.com/MediaPlayer.php?view_id=5&amp;clip_id=6381)