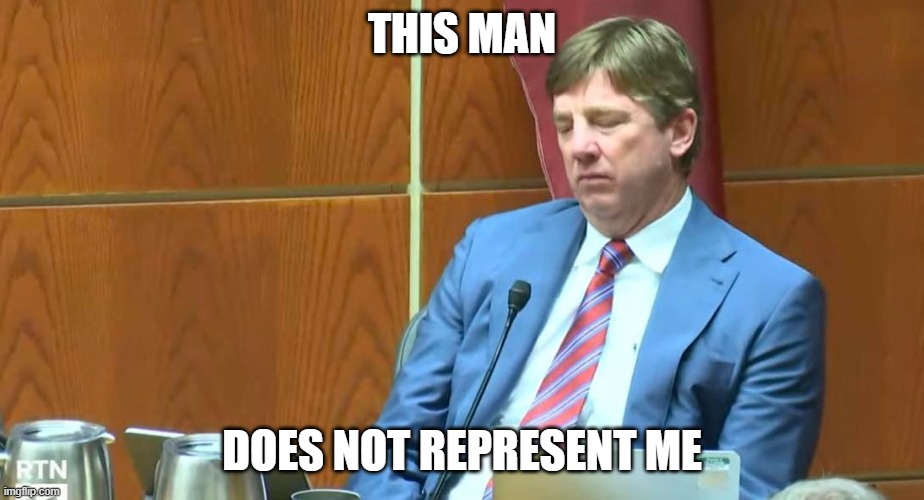 A longtime Raleigh resident who wishes to remain anonymous writes that she and her husband enjoy daily walks in and around their lovely Laurel Hills neighborhood. She recently shared some thoughts regarding the Raleigh City Council elections.

I urge you to join me in voting for Christina Jones. Unlike the incumbent David Knight, Ms. Jones has refused campaign money from developers. She has pledged to embrace controlled development that considers impact to neighborhoods and the environment.

I live in the Laurel Hills neighborhood south of Crabtree Mall. David Knight is our current Raleigh City Councilor in District E. Knight was instrumental in adopting the Missing Middle Text which has resulted in Compact Development Zoning in Raleigh.

Missing Middle has effectively eliminated single family zoning by a text change with no opportunity for public input and no vote from city council. This change allows developers to add huge developments to unsuspecting neighborhoods without any infrastructure upgrades to support the additional housing units. According to Councilor David Cox, under the incumbents, Raleigh has approved enough development for the next 10 years, based on current growth projections. All this approved rezoning not yet built on, yet the Mayor and City Council have now instituted a policy that allows developers to infiltrate our single family neighborhoods without notification or community input?

Many in our neighborhood are extremely concerned about a large pending development on Laurel Hills Road. Approximately 15 representatives met with David Knight and city staff in May to voice concerns and discuss current environmental issues. Counselor Knight stood by his position on approving this massive development and was not willing to entertain any opposition. To quote Knight, “…I voted for it and I like it.” Given Knight’s campaign contributions being mostly from developers, it’s no surprise. We need leaders, not developer talking heads.

Neighborhood concerns for the project’s environmental impact include:

The impact of deforestation is not limited to our direct neighborhood. Observation of development in the area reveals that over 70 acres have been or will soon be clear cut in the last year alone! (see attached table) When our urban forests are gone, our streams are flooding from overgrowth, and Raleigh is one huge Urban Heat Island, Missing Middle Text politics will not save us.

In addition, David Knight has very vocally supported removal of the CACs (Citizen Advisory Councils) with no other alternative to replace a forum for public input.

I have posted my views on various social media platforms and have been called a number of derogatory names. I have often been challenged to provide my solution to the Raleigh housing crisis and have responded that I am not against progress or finding a solution to support the influx of people into Raleigh. My suggestions include:

I hope you will agree that Councilman Knight, along with the Mayor and all other incumbent city councilors, does not have a track record of showing concern for listening to his constituents or protecting the environment. 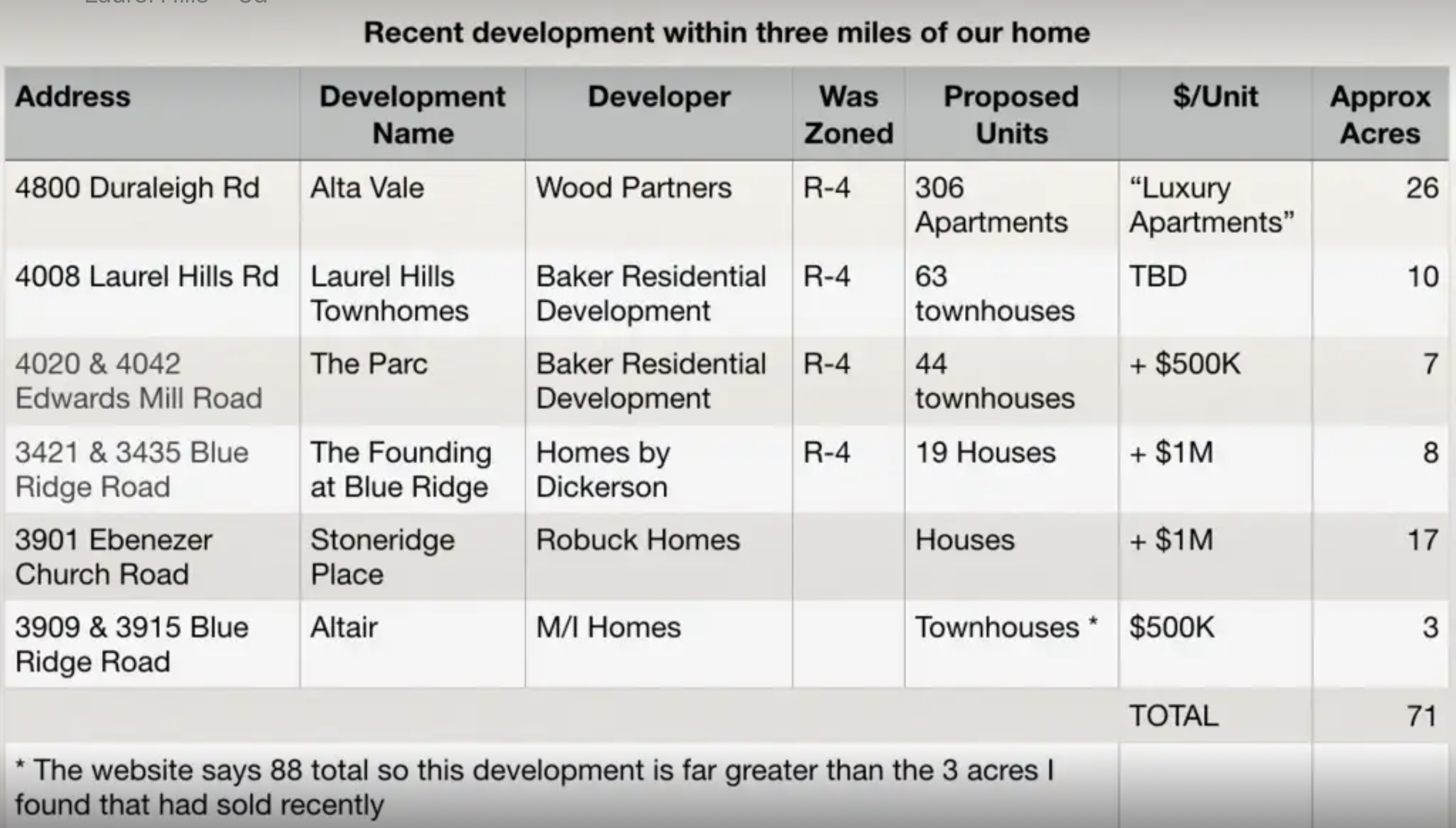