The Nuances of Inclusionary Zoning; where there’s a will, there’s a way. Or not! 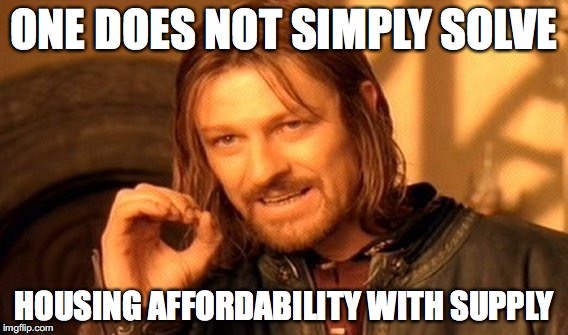 Lisa Hughet has lived in Raleigh over 30 years and has become a fierce advocate for affordable housing. Hughet became a volunteer construction lead with Wake Habitat for Humanity so she could make a visible difference and also teach others some valuable skills.  She spoke at a recent City Council meeting:

My topic tonight is affordable housing.

This Council consistently goes against adopted policy by approving large market rate luxury developments and turning a blind eye to preserving affordable housing. Policies that had wide community input like the 2030 Comp plan and small area plans. Your decisions are far from the equitable development you promote and have had a disproportionate effect on low income and historically black neighborhoods. Neighborhoods that may not have the means to organize or afford expensive attorneys to establish HOAs.

While the recent change to eliminate single family zoning and allow for multiplex housing might appear to address our lack of affordable housing, that thinking is flawed. Those units will still be market rate and will most likely be built in neighborhoods I just mentioned where land prices will afford the higher construction costs of multiplex units. Research shows over and over that introducing more market rate housing does not, I repeat, does not bring rents down over time. Instead, property taxes rise sharply and those on fixed incomes get pushed out.

This Council needs to do everything it possibly can to drive more affordable housing choices in Raleigh. I think the biggest impact is getting with developers when they first make contact with the city. I understand there used to be a position in one of your departments whose sole responsibility was to work with developers when they submit their first application, to educate them on the resources available to build affordable units. Today, by the time a rezoning case gets to you for approval, a lot of decisions, money and risks have already been taken. You’re hardly in a position to ask them to go back to the drawing board.

If the city truly wanted to provide affordable housing, you have the means to do so and I wish you had the political will to do so. Raleigh is a hot market. You are in the position to require developers to put in conditions for affordability. If a developer says no to building affordable units, they can pay in-lieu-of to our land trust fund. If they don’t want to do that, there are other developers right behind that one. Set the standard. There are at least 15 other municipalities in NC that follow this inclusionary zoning. Your City Attorney advises you that inclusionary zoning is not allowed by the NC General Assembly. That’s not entirely true. There is not a statute that expressly authorizes inclusionary zoning which is how other cities are getting developers to do more.

Please, on behalf of your constituents, do whatever is necessary to preserve and provide more affordable housing choices. You can do this!