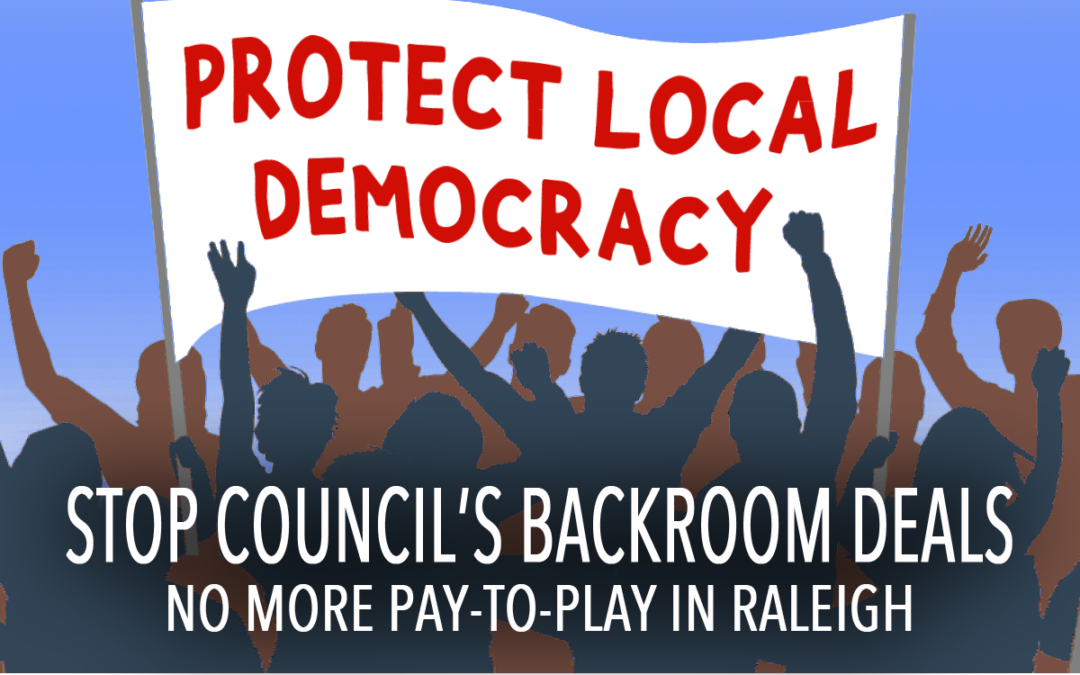 Nicole Wrenn joined a discussion on NextDoor about Livable Raleigh’s campaign to Recall Mayor Baldwin. She describes herself as follows: “I’m a 27 year old Raleigh native living with my husband and our 3 dogs in the southeast side of downtown. As local business owners, helping to serve our community has been a priority that we strive for every day, and we believe that starts with maintaining the hometown we were privileged to know for future generations.”

Here are Nicole’s comments from Nextdoor:

Some people seem to be missing the entire point of the Recall Baldwin petition’s claim. This recall isn’t dedicated to some obscure oppositional effort to replace Baldwin with a candidate aligning with a certain political affiliation or belief. As a matter of fact, if you look at Livable Raleigh’s platform, they aren’t even proposing a specific person or any political agenda in the first place. They’ve done an excellent job at remaining focused on the nonpartisan issues in a way that aligns with fundamental principles of any political ideology rooted in the concept of local democracy, which is why this movement has gained traction across party lines.

[Livable Raleigh has done] an excellent job at remaining focused on the nonpartisan issues in a way that aligns with fundamental principles … of local democracy, which is why this movement has gained traction across party lines.

Plenty of the people supporting this movement had even voted for Baldwin, so this isn’t an oppositional smear campaign in the slightest. The core focus that the recall supporters take issue with is that there are major decisions being made on behalf of the constituency with zero public input or notice. Compounding this affront is the extremely unsettling notion that our mayor and city council have unilaterally given themselves permission to hold public office for an additional 50% of what was previously understood and accepted.

Local government is the core democratic process by which all citizens are able to feel individually invested in the effort to improve their own community; nobody should be able to unilaterally supersede this notion under any circumstance. If a president tried this same move, he or she would be rightfully labeled as a dictator and an active threat to nonpartisan civil liberties.

This has nothing to do with anyone’s individual disdain for Baldwin or groundless personal grievances, but everything to do with the precedent that we, as a community, all live under an implied agreement to uphold a certain standard by which we all deem to be equitable, and any revisions made to this groundwork are to be done by public demand, not individual interest.

If you take issue with the points being made by this petition based on your own subjective grounds, it may be time to re-evaluate where you stand regarding communal democracy.