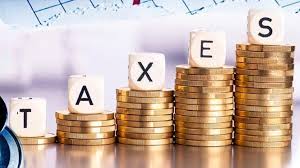 Subsidies from public revenues are needed when a project is not
feasible in a ‘free market,’ i.e. it will not generate income exceeding
its costs — otherwise private capital would undertake it for the sake
of profit.

To be clear: why does a downtown sports context need a public subsidy:
simply because it is not viable in the free market. Ditto for affordable
housing.

So, if public subsidy is limited, how should we choose between two such
projects?

On one hand [OOH], a sports stadium will generate employment for
construction and during subsequent use. It will displace (mostly) lower
income households whose land and dwellings will be taken over. If its
expected revenue arrives as planned it will endure for its expected
useful life. By itself, a sports complex will do nothing to create
affordable housing. It may meet a hypothetical need for more events.

OTOH: affordable housing will likewise generate employment for
construction and beyond, for maintenance. It may displace (hopefully
only temporarily) some households. Its expected revenues will not exceed
its costs, but it provides a daily benefit of secure housing that brings
with it likely reduced costs for health and social services —
certainly a social good that citizens should want. We should point to
the Raleigh Interchurch Housing (RICH) development off Method Road in
West Raleigh. While offered as rental housing, it has led to households
gaining enough assets to move onward and buy their own homes.

Also, on a non-economic dimension we have the recurring happiness of a
secure home against the transient happiness of attending an event.

The above paragraphs are a limited comparison of the two types of
projects. Serious consideration of public subsidies require much more
formal studies. For example, if tourism taxes currently being collected
cannot be used for affordable housing and are not needed for some other
tourism purpose, perhaps that tax could be reduced and the general tax
rate could be raised and used for affordable housing.

These are not projects to be funded in a knee-jerk reaction but in a
deliberate and thoughtful way.