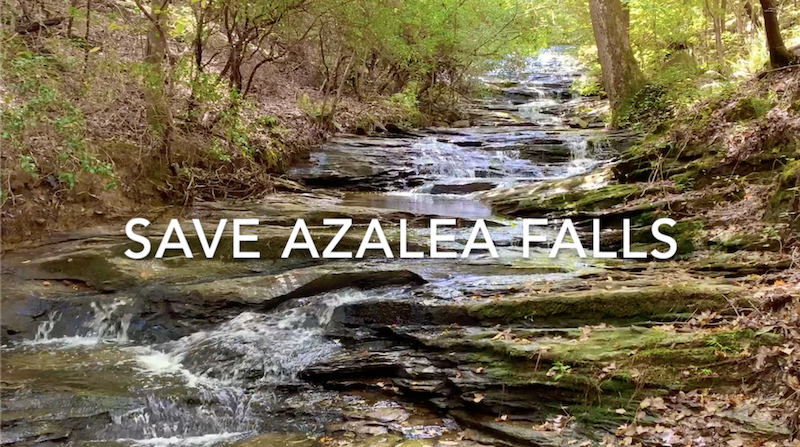 (This is the full version of the abbreviated op-ed published in the News and Observer on October 2, 2020) 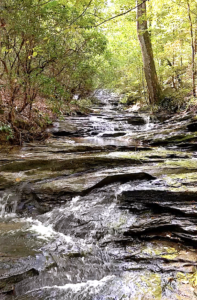 Azalea Falls is a hidden Raleigh gem that has recently been designated by the NC Department of Natural and Cultural Resources as being an ecological habitat of statewide significance, possessing “natural values justifying its recognition by the State as an outstanding part of the natural heritage of North Carolina”.  Its importance to Raleigh is increased because of its environmentally sensitive location along Crabtree Creek and along the future Crabtree Creek Greenway that traverses the entire city of Raleigh. The Azalea Falls property abuts a 200+ acre parcel that will be donated to Raleigh in 2052 to complete the citywide greenway connection to Umstead State Park. The 10 acre Azalea Falls parcel is held in trust for the benefit of future Raleigh generations by the nonprofit City of Oaks Foundation and is the crown jewel of the emerald necklace of Raleigh’s finest natural ecological habitats.

Over the course of several Council meetings, stewards of the Azalea Falls property have made it abundantly clear that approving the upzoning of the steeply wooded hillsides overlooking Azalea Falls for dense multi-family development would mean the end of Azalea Falls. In response, no Councilor has requested expert environmental testimony to rebut the State’s ecological findings. 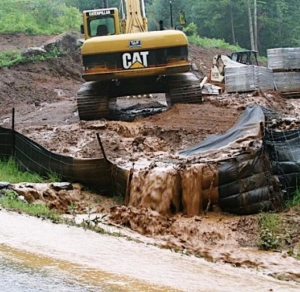 There is simply no way the upzoning applicant can guarantee that every significant rain event during the stripping, mass grading and construction on the steep hillsides will not send torrents of mud washing down the hillsides, killing the forest habitats, aquatic habitats and turning Azalea Falls and it’s stream bed into a sludge pit and an ecological dead zone.

What is Council Thinking?

So why does Council seem so determined to go ahead with this upzoning? Those close to the upzoning point to Mayor Baldwin’s drive to promote developer interests and her willingness to punish Councilors who stand in her way. Consequently, the few Councilors who have spoken about this upzoning justify the environmental destruction as they routinely do in upzoning cases: it’s all about increasing density – we have to build more so we can grow more.

Ok – we have to build to grow, but anywhere and everywhere? While the concept of limiting the impacts of unsustainable sprawl development is valid as a general principle, this Council, except for Councilor Cox, has simplistically transformed Raleigh’s Sustainable Growth Plan, which recommends density ONLY in locations near downtown, near transit and near walkable community centers, into a blanket justification for more density at practically ANY location requested, no matter how far from transit or how automobile-dependent the development will be, no matter the long-term detriments of more cars, more air pollution, more toxic parking lot runoff, more road congestion, more road widenings, more stormwater runoff and flooding or more clear cutting of environmentally valuable urban woodlands. For them, density justifies anything and everything – and this upzoning proves that point like no other upzoning could.

With a WalksScore.com rating of only 6 on a scale of 0-100, the Z-47-19 upzoning site at 4800 Duraleigh Rd is one of the worst imaginable locations for density in Raleigh.

With a WalksScore.com rating of only 6 on a scale of 0-100, the Z-47-19 upzoning site at 4800 Duraleigh Rd is one of the worst imaginable locations for density in Raleigh: it is miles from the nearest transit line and miles to the nearest walkable shopping or working destination. The steep hillsides are the most difficult to build on and create the worst stormwater impacts, exacerbating the already expensive and extensive water pollution and flooding of Crabtree Creek and the Neuse River. And then to top it off, the dense development will mean the end of the pristine ecological gem Azalea Falls for all future generations. 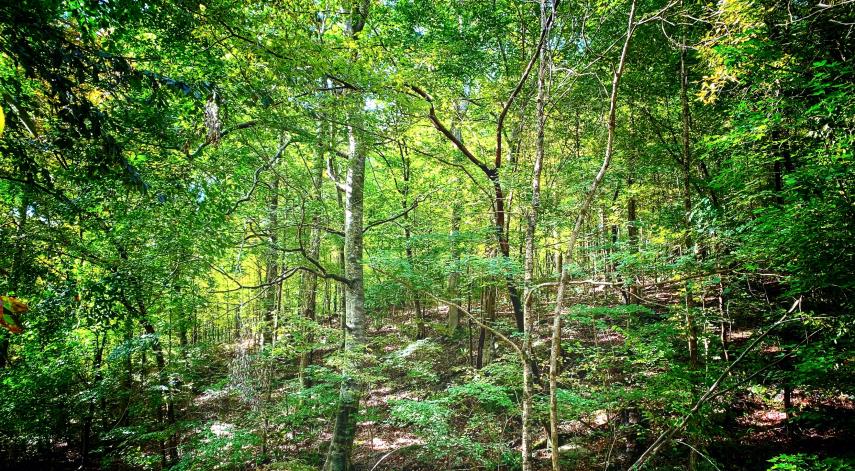 Azalea Falls and the steeply wooded slopes cradling it represent a special forest and aquatic habitat of statewide environmental importance to future Raleigh generations. In 2052 more than 200 acres of land connecting Azalea Falls to Umstead State Park will be donated to the City of Raleigh for parkland and will complete the Crabtree Creek Greenway, as it traverses the entire city of Raleigh. This is not the time for Council to be motivated by the insignificant short-term profits of the Z-47-19 parcel owner, one of the largest construction conglomerates in North America.

Instead, Council has the once-in-a-lifetime opportunity to protect one of Raleigh’s most precious environmental assets, a jewel in the emerald necklace of Raleigh’s environmental treasures. Simply buy the Z-47-19 parcel, tax valued at $1.7M, and add it to the 200+ acres that will ultimately be given to the City. Better still, work with land owner Leigh-Hanson to secure a tax-benefited charitable donation of the Z-47-19 parcel to an organization such as the Conservation Trust For North Carolina. Save Azalea Falls. 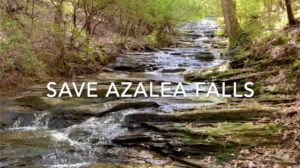