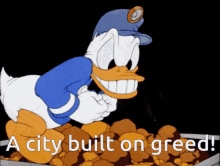 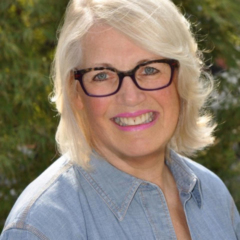 Livable Raleigh Chair Susan Maruyama sent the following op-ed to the News & Observer. They chose not to print her submission, but we feel it’s critical for Raleigh voters to understand how Mayor Baldwin’s “Council of Greed” is turning Raleigh into an elite enclave of wealth and influence.

Mayor Mary-Ann Baldwin already has accumulated the biggest campaign war chest of any previous Mayoral candidate at close to $500K and counting. Get ready to drown from the disinformation and lies that will be concocted and dumped on we, the people, by every media outlet and in every mailbox.  All of this, while the current Mayor rudely brushes constituents aside and literally destroys their ability to continue living in their homes.

I have news for you all. Raleigh will not succeed as a small, white city of elites, which it is fast becoming.  And I hate to break the news to Apple, Google and other big tech companies who have a vision of Raleigh that offers an affordable quality of life and a sustainable environment –  that city and region is long-gone.

Friends of Mary-Ann Baldwin can try to frame the careful decisions of previous councils as holding up progress but that is WRONG and frankly an out-of-touch way to look at the situation.

What gets more obvious by the day is that those previous elected officials were not standing in the way of progress, but rather they were trying to carefully usher in the progress of growth and innovation in a sustainable and responsible way. Those councilors tried to protect the taxpayers, from the burden of excessive, new tax increases. Now the reality is that the taxpayers in Raleigh will bear the burden of extra, new taxes because the perpetrators of growth have not provided ANY substantial supporting community benefits to mitigate the damage they have done to our neighborhoods.  The prescient, former elected officials actually cared enough about the people who live here TODAY to make sure the plans for growth provided adequate city services and still offered affordable living without unaffordable tax increases.  Imagine that approach to governing in contrast to the Council we have today!

Those that continue to apply labels and name-call all the responsible former city council members who had the public’s interest front and center, should realize how out of date and hollow these accusations sound as we are all surrounded by the physical evidence that is taking away our quality of life, displacing whole neighborhoods, damaging our environment and threatening our infrastructure.

We are now a city that will have canyons of high-rise towers – 20, 30 and 40-story towers built by greed and with total disregard for equity. As residents we see the destruction of existing neighborhoods and how many lives are in upheaval. Yet the Council of Greed continues to ignore these current residents and their concerns as if somehow they will all be paved over and go away when the building begins.

It almost sounds quaint to refer to Raleigh as the “City of Oaks” when these precious remnants of a once-healthy environment are scraped in the name of greed and progress for no one except the white elites.

I wish the people of Raleigh whose life of hard work is being thrown out the window by this Mayor and City Council would rise up and for their sakes VOTE them out in the November 8, 2022 election.