Raleigh, we have a problem: Our “Affordable Housing MoonShot” is way off course 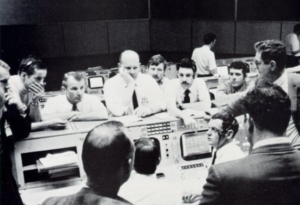 Raleigh, We Have A Problem.

The proposed affordable housing bond is a key element of the “moonshot” Mayor Baldwin wishes to lead Raleigh in taking.

A recently unveiled affordable housing bond survey launched by the city of Raleigh does not properly solicit feedback from the public, concerning the proposed bond.

The questionnaire contains questions which, intentionally or not, lead responders to flawed answers.

For example, because some questions combine “low income” and “moderate income” groups together, respondents are given a chance to support helping both groups or neither. This is not a wise approach.

Since criteria defining “low income” and “moderate income” are not shared with survey respondents, questions containing these terms will elicit flawed responses.

There are other errors and suspected errors (pertaining to questionnaire construction, validation techniques, and sampling techniques), too numerous to laundry list and delve into in a brief blog post, which doom the survey effort to being unhelpful. This is an unfortunate outcome in a city where there is support for an affordable bond and a proper survey effort could contribute to the bond project’s success.

During a new period of economic uncertainty, prior to which, property taxes already spiked for many, it is incumbent upon the mayor and her administration to properly poll a legitimately representative cross section of citizens to gauge Raleigh’s appetite for an affordable housing bond. This is necessary if the mayor and those collaborating with her wish to increase the odds of crafting a bond which can be successfully promoted to tax payers.

Ironically, CACs would have been an ideal venue for the mayor to tap for input concerning the affordable housing bond being proposed. CACs had long attracted citizens from across the city who understand affordable housing issues and support taking decisive action.

There is time to course correct. Let’s hope Mayor Baldwin does, because a “moonshot” deserves better.