Raleigh Affordable Housing: a Step in the Right Direction 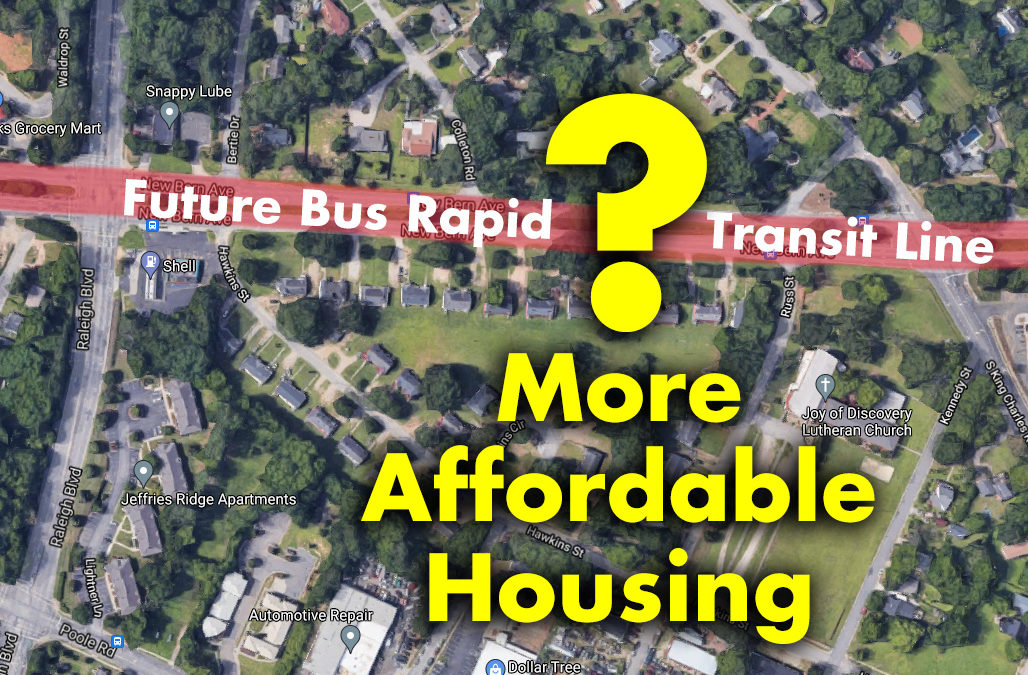 The News & Observer reported on April 15 that the City of Raleigh has purchased almost 4 acres of land for future affordable housing. The land is along New Bern Avenue where the City is planning a future bus rapid transit line. This is a perfect location for more affordable housing, and a step in the right direction for Raleigh.

As gentrification pressure accelerates in Raleigh, land prices go up, people get displaced (especially the Black community), and Naturally Occurring Affordable Housing (NOAH) disappears. Hopefully this land and the future housing built on it will help low-wealth people who live in Southeast Raleigh, and provide them with easy access to public transportation.

The challenge for the City of Raleigh is to make sure the new housing serves those most in need. The duplexes on the land now provide affordable housing. But soon those residents will be displaced. The City says it will help them relocate. Will the new housing be equally affordable?

From the article…
“The rent at the duplexes ranges from $625 per month to $900 per month — about 50% of the area median income, Jarvis said. If the city uses tax credits for the project, the new residents would be under 60% of the AMI, he said.”

That’s better than the 80% AMI (Area Median Income) that so often is the City’s target, but not as good as the 50% AMI which is currently there. They will be getting rid of existing NOAHs, but hopefully coming back with many more affordable housing units on the property.

Let’s keep the pressure on to make sure Raleigh builds housing to serve those most in need. Including the hard working folks who make half of the area’s median income.