Midtown Raleigh resident Larry Helfant recently emailed the Raleigh City Council to share his concerns about a rezoning (Z-41-19) near Shelley Lake. The Public Hearing is June 2nd. Apparently the City Council plans to go ahead with public hearings and other business as usual, despite a pandemic and civil crisis. 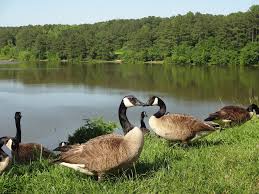 Will Council listen to the citizens or the developer?

I recently reviewed the February 25th Planning Commission meeting which reviewed a rezoning proposal (Z-41-19) for property surrounding Shelley Lake. The Planning Commission had all of the facts but came to the wrong conclusion. (It is also unfortunate the senior members of the commission, who led the discussion, have not been reappointed to the Commission by City Council. The citizens of Raleigh will miss their presence in future zoning cases.)

City Council now has several choices besides approval of the rezoning. They could ask for further committee review, they could ask for a delay in the public hearing until it can be held in-person, or they could wait until more detail and answers can be obtained from the developer and his lawyer.

I and others oppose the rezoning because it is not consistent with the Land Use map or surrounding housing developments. Apparently the developer would not accept lower than 15 units per acre, even when building adjacent to a public park and major storm water system of Raleigh.

The terrain is sloped and multilevel. It would be impossible to develop without clear cutting, despite opposite claims by the developer. There is no tree protection for the plot on the northwest quadrant bordered by North Hills Drive, Millbrook Road and Shelley Lake property. Even with a buffer of 215 feet from Shelley Lake property, the wooded buffer from the development will be destroyed. It will be the only housing development exposed to the Park property. Due to the relocation of the utility line, additional clear cutting will occur to preserve the utility right-of-way. Wooded buffer with tree protection should have been a condition of approval. New plantings cannot offer the environmental protection to citizenry that a mature forest can. The effects will be felt for decades.

For the City of Raleigh, this will be the first approved medium density development that impinges on one of the more spectacular parks in Raleigh and will set a precedent for future models throughout the City and its suburbs. There is nothing wrong with adding housing and alternate choices of building options, just not at this scale or location.

Traffic will be impacted due to the location of development and bus access already is too close to a busy, dangerous intersection.

If you want to see a comparable development with similar issues, please review development along Saint Albans, where the builder would not agree to a buffer to shield buildings. The development encroaches into the roadway and leaves little room for further road improvement. The buildings are in full sight of the neighboring housing, especially when illuminated at night.

It is not too late. The rezoning approval is now in your hands. The public is only allotted eight minutes, which is not sufficient to fully explore the effect that this project will have on the City of Raleigh. If you have questions, please ask the Planning Commission what led to their mixed decision. There is also no actual site plan with building location or parking allocation. If built smartly, nature could be preserved and integrated into the project. For that to happen, you will need to add conditions, along with natural tree buffers to protect the roadway and park.

PS – the Midtown CAC voted against the rezoning by a 2:1 margin. Turnout would have been greater if not for the change in the date of the meeting due to the holidays and the time of year for the presentation. There are no more CACs to assist or inform the public so the burden now falls on your shoulders. As Joni Mitchell wrote:  they paved paradise and put up a parking lot! Don’t let it happen in Raleigh!