Nicole Stewart, your Hypocrisy is Showing 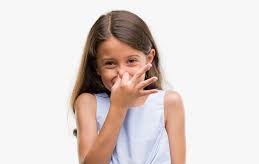 That Bad Smell Keeps Coming Back

As detailed in a previous blog post, Councilor Nicole Stewart expressed frustration during the May 5 council meeting that Councilor David Cox hadn’t provided advance notice to her that he would raise the issue of the RDU quarry, though of course he didn’t bring it up; three citizens did.
Stewart: “I’m also quite frustrated that none of us, to my knowledge, were approached by Mr. Cox to know that you were going to bring this up. That would have been very helpful!” Councilor Stewart’s self-righteous scold was offensive all by itself, but it took on a special air of hypocrisy, given her role in the secretly plotted motion to abolish Raleigh’s long-serving Citizens Advisory Councils — a motion that came without any notice, without any public input, and, most importantly, without involving Councilor Cox in any of the discussions. INDYWeek reported it this way: In a series of votes on Tuesday afternoon, the Raleigh City Council swiftly dismantled the city’s nearly 50-year-old Citizen Advisory Council structure. There was no written notice of the vote on the council’s agenda, and the council allowed no public comment on the matter.  Council member Saige Martin drafted the motions in secret, whipped votes in secret, and kept council member David Cox—the one most likely to raise a stink—completely in the dark. The explanation, according to Martin, was that two previous councils had tried to reform the CAC system and had failed amid a backlash. This time, they wanted to get it done without a fight—and, though they won’t say this out loud, without having to deal with a bunch of angry people they consider cranks. So instead, they decided to ask forgiveness, not permission, forgetting who pays their salaries and that dealing with angry cranks is part of the job description. No matter how good the policy, ramming it through behind closed doors means it will always carry a stink that won’t wash off.   Unlike Stewart’s premeditated skullduggery, Cox’s motion was in response to a time sensitive request that had just been presented to Council by three citizens – for a public hearing on Wake Stone’s application for a mining permit as part of their planned expansion of the quarry next to Umstead Park. Councilor Stewart is hotly defensive about accusations of her conniving behavior with respect to the quarry. It’s been 15 months since the quarry issue was first presented to City Council. In that time, Stewart has attempted to have it both ways, claiming to be a devout environmentalist who opposes the quarry, but finding excuse after excuse to do nothing constructive to stop it. Her latest excuse: She hadn’t been forewarned! Really? After 15 months, how many times can she claim to need more information before doing something? The Sierra Club and the Umstead Coalition have tried and tried and tried again to get information in front of her, but she waves it off, apparently out of loyalty to the Chamber of Commerce, the development industry, and their almighty campaign contributions. Stewart’s self-righteousness, therefore, is repugnant. But hiding behind a false charge of secrecy against Councilor Cox, when her own secret actions were so shameful, adds the special stink of rank hypocrisy. It’s truly a stink that won’t wash off.