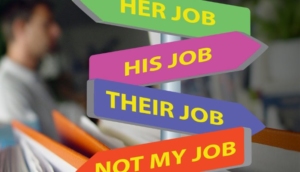 Before the week is over, we should take note that the issue of the RDU Quarry was once again brought to the Raleigh City Council at its meeting Tuesday. And once again, the Council took no action, in the process missing yesterday’s deadline for public comment on the question of whether the proposed quarry should be granted a mining permit by the State.

If Wake Stone, the company seeking the permit, is denied, the controversial quarry will be dead.

Well, most of us know all this, and if we don’t, it’s easy enough to find out where the quarry stands — just click the link above, for example — and why the permit may not be issued. (Hint: Major Environmental Damage.)

Easy enough for us, maybe, but for a majority of this Council, apparently, an almost surmountable task.

The Council is Baffled

So Tuesday evening, during the Council’s public comment session, three citizens called in (it was a virtual meeting) to ask again that the Council take a position in opposition to the permit and request that the state Department of Environmental Quality conduct a public hearing to take testimony pro and con.

(A public hearing is not automatic, but DEQ can call one at its discretion.)

Following this, Councilman David Cox made a motion that Council do what the citizens asked: Oppose the permit, and request a hearing. Cox, of course, is an outspoken opponent of the quarry.

Mayor Mary-Ann Baldwin, who supports the quarry, tried to slap Cox down, but to her surprise Councilman Saige Martin seconded Cox’s motion.

There followed the most convoluted discussion imaginable, as one by one the three other members of the Council who supposedly also oppose the quarry found myriad reasons for NOT taking a position on the permit and NOT asking for public hearing. This trio: Council members Nicole Stewart, Patrick Buffkin, and David Knight.

Councilman Corey Branch, another alleged quarry opponent, said he’d need more information to oppose the permit (!) but he did make a different motion to simply ask DEQ for the hearing. Cox quickly supported Branch’s motion and withdrew his own.

The Fat Enters the Fire

Branch’s motion should’ve provided an easy out for Stewart, Buffkin and Knight — just vote for it along with Cox and Martin, and it would’ve passed either 7-1 or 6-2 with Baldwin voting no and Councilman Jonathan Melton a maybe yes, maybe no. (It’s not clear what Melton thinks of the quarry.)

But Baldwin wasn’t having it. She was “not comfortable” voting on anything. She was insistent. “This is the first time I’ve heard it,” she kept saying, as if the quarry issue hasn’t been front and center in Raleigh for more than a year. Soon, Buffkin and Knight, too, needed “more information,” and if you’re thinking that the whole point of a public hearing would be to get more information, well then … Knight and Buffkin also decided that more information was needed about the process of asking for a hearing. (City Attorney Robin Currin said, without irony, that the way to ask for a hearing was to have her write a letter and ask.)

For her part, Stewart expressed frustration that Cox hadn’t given her forewarning that he would bring the quarry up, though of course he didn’t bring the quarry up, three citizens brought it up — and tried to remind the Council that if they were going to do anything, even just ask for a hearing, they had only until Friday (yesterday) to do it.

The upshot of this was that Branch’s motion to request that DEQ hold a public hearing failed 5-3, with only Branch, Cox and Martin in support. Kudos to them, anyway, for trying.

And for Stewart, Buffkin and Knight, that information is easy to get if you want it.