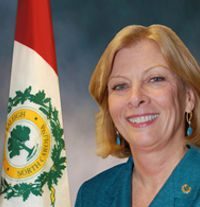 Former Mayor Nancy McFarlane sent an email to the members of Raleigh City Council on Sept 6, 2022, the morning before council is scheduled for a public hearing and anticipated vote on a contentious North Hills rezoning case. In it she says she is increasingly hearing from citizens “What is happening to Raleigh?”

As the former mayor of the City of Raleigh, I continue to have citizens reach out to me with their thoughts and concerns.  Lately, there has been an increased number of conversations around “What is happening to Raleigh”?  Raleigh, like every growing city is facing the issues of housing affordability and increased traffic congestion, to name a few.  A few years ago, the city council worked diligently for almost 2 years with the input of many citizens and all stakeholders to develop a future land use map that was then approved.  This map provided predictability for both homeowners and developers.  Some of the most important parts of this were transitions between different densities, and future transit corridors that would help with both density and affordability.  Transitions were especially important during the development of this plan. The plan calls for the step-down in height and density from the higher, denser core to the surrounding singe family neighborhoods around them. For example, you may have an intersection with 20 story mixed use buildings, surrounded by 12 story buildings, then 3-5 story residential adjacent to the single-family homes.

The recent request for rezoning at North Hills has raised many concerns throughout the community.  The current North Hills Development was planned under a Planned Development District.  In the past few years, in response to the increased development in the area and the impact on surrounding neighborhoods, a Small Area Plan was developed and approved for this area.  This SAP had participants from neighbors, developers, business owners and planners.  Nowhere in this approved plan was there a call for 40 story buildings.

The current rezoning request for 3-forty stories’ buildings and 1-thirty story building in the North Hills development has caused great concern for many, especially in the area of traffic.  Yet, my understanding is that the city council has not required a Traffic Impact Analysis to be done.  It is also my understanding that the petitioner has offered to build 10% “micro-units” in one of the nodes.  These “micro-units” are supposed to be around 650 sq. ft.  It is also my understanding that there are existing units of this size currently on the other side of Six Forks Road, across from this project that rent for $2400/month.  When this city council states that affordable housing is a priority for them, I’m not sure that this rezoning request addresses the problem.  More density, less parking requirements and more traffic do not seem to be a solution to anything.

North Hills is a great area, but it is not a downtown.  When we build a tall building in downtown, we have a traffic grid that allows entry and exit many different options.  North Hills is built in a suburban area where you have an area of density served by just a couple of roads, which are all surrounded by cul-de-sacs, which empty onto those main roads.  This is complicated by the fact that all of this traffic must flow through North Hills to get to the Beltline.

I know that Raleigh is growing and changing.  I know that we must provide density to accommodate that growth.  My hope is that it is done in a thoughtful, sustainable way that allows us to retain the character that is bringing so many people here.