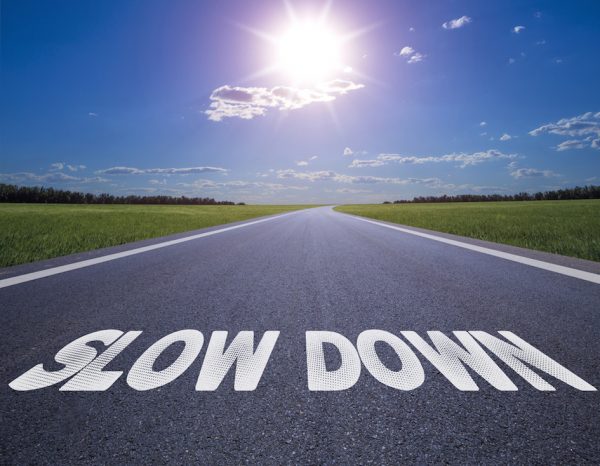 We won’t waste your time going into the details of John Kane’s controversial Downtown South (DTS) proposal. As far as the up-zoning case goes, there aren’t any details in his application beyond that it’s for 145 acres of land and he wants the entire thing rezoned to allow 40-story buildings on very nearly all of it — or the “all of it” that isn’t in a flood plain, anyway.

The site is actually 3 separate tracts of land that straddle South Saunders St. (Route 70), with I-40 running through them from west to east. (See map below.) The 3 also straddle Walnut Creek, a huge flood zone that regularly spills water onto the neighborhoods (Rochester Heights, for example) that lie downstream.

Kane’s spokespeople have said that, for the foreseeable future (10-15 years), whatever development occurs will be on just 1 tract — the one east of South Saunders, which is about 55 acres. The other 90 acres, in other words, are left for the distant future.

Which begs the question: Why Ask to Rezone All 3 Tracts Now? 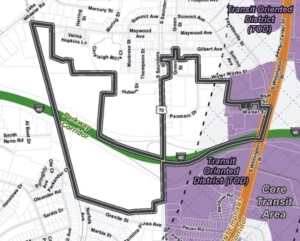 Call this Kane’s bid for a blank check to develop the site(s) any way he wants — and by the way, that shiny stadium they keep showing in their renderings? It’s not promised in the rezoning case, so pencil that in very lightly, and keep your eraser handy.

Kane’s application, Z-13-20 (link to the staff report here), is now at the Planning Commission review stage. Their review begins this Thursday, October 22, at the 4 p.m. meeting on the PC’s Committee of the Whole. Be aware, there are two other items on the committee agenda and they’ll be heard first, and both are complicated.

These are virtual meetings, of course.

If you want to sign up to speak, or simply to watch, the link to do so is here. Be aware, however, that signing up to speak does not mean that you’ll be called on. The PC website makes that all too clear.

[The link takes you to the PC page on the City’s website. Scroll way down — past public participation, it’s not there — it’s way down the page in a section called Committee of the Whole.]

That’s right, cases ordinarily begin with a presentation by the applicant, for up to 10 minutes. Then members of the public are given 10 minutes if they want to raise issues with the case. That should’ve happened at the regular PC meeting last Tuesday, but they skipped it and tossed Z-13-20 directly to the Committee of the Whole meeting.

What’s the Committee of the Whole, or COW?

It’s the full PC meeting in a less formal format, presumably to allow more give-and-take between the applicant, the public and PC members. However, the virtual COW meeting doesn’t really lend itself to give-and-take, and participation by the public is severely constricted.