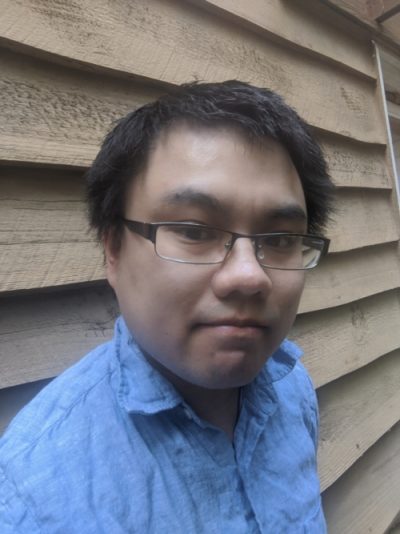 Just a few weeks ago, Durham City Council took another step forward in their calls for reparation efforts as they voted unanimously to call for national reparations in order to start closing the wealth gap for its Black communities. To make up for all of the missed opportunities to truly address racial inequality in the past, William Darity, Duke professor of Public Policy and African American Studies, has commented that it would take $12 trillion federal funds today to really begin repairing the damages that have been inflicted upon the Black communities. This is a bold step that Durham is taking in order to move forward.

What has the City of Raleigh achieved in the meantime?

It has been over five months since the people of Raleigh held a rally in George Floyd’s name, and five months since At-Large Council member Jonathan Melton said the following, according to the News & Observer on May 30, 2020:

I attended the demonstration today to support and listen. I will work to fight systemic racism within our city. I support racial equity training for mayor and council and hope to approve this week and look forward to working w/ advisory board on changes to police policy.

Shortly after the protest in May, the city council announced that they would put forth racial equity training to help people learn how to better communicate with the Black community. The idea that they would require such training is already an indication of just how tone-deaf the city council is with regard to systemic racism. It is not that the city needs to learn how to communicate with the folks in the Black community. The Black community has reached out to the city many times already. What the city needs to do is to lift up the Black community, especially those who suffered the consequences of gentrification, displacement, police violence, etc.  Raleigh needs to make sure they have a much larger influence over how their community should be shaped, rather than developers.

But fast forward to present day.  That training, which was meant to be offered in October 2020, is now being put on hold. If anything, the city council has made it painfully clear what their priorities are, and the protection and bettering of the Black community is not on the top of that list.

Furthermore, far from examining how to fix past injustices, it seems that the Raleigh City Council is instead fixated on perpetrating new ones. While the city is still very much under lockdown from the pandemic, a new deal is in the works with the redevelopment of the Downtown South Project that would drastically transform over 145 acres of land. This development project presents a number of issues that would no doubt worsen the problem of racial inequity down the line. There is a need for an adequate Downstream Impact Study that has been reviewed and deemed acceptable by the public and the City, as well as a well thought-out strategy to implement green stormwater infrastructure that is not merely an afterthought. If this proposal proceeds as is, it will worsen downstream flooding in neighborhoods such as Rochester Heights, a National Historic District where 67.3% of the community is Black, according to City-Data as of 2017. Furthermore, from the perspective of addressing housing for those with the greatest needs, with a proposal of 32,000 new units, the number committed to affordable housing units so far has been 0. Going back to Professor Darity’s proposal, what Raleigh is doing will no doubt increase the gap beyond the already burdening $12 trillion federal funds. This proposal for Raleigh is not only negligent but a further direct attack on the Black communities in the city, with racial and environmental injustice.

This is further exacerbated by the fact that we would expect a greater number of Black individuals falling into poverty with the ongoing pandemic. The Stanford Institute for Economic Policy Research found that 41% of Black-owned businesses were forced to permanently close, indicating that Black-owned small businesses have been hit the hardest by COVID-19. In fact, the Raleigh-based Carolina Small Business Development Fund has found that in just two months from February to April, there has been a sharp drop in the number of Black-operated business from 1.1 million to 640,000. 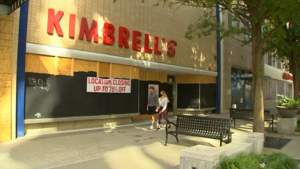 Among these businesses would include the family-owned Kimbrell’s Home Furnishings at Fayetteville Street downtown. This is more than just the pandemic, however. This is also a result of the ongoing gentrification that the city has not been addressing for years, which effectively pushed out many people who constitute the customer base. As the store manager Rodney Tillery said,

The changing structure of downtown just chased our customer base away. It was a tough decision, but it was tough to run our operation with all the construction. The demographics of downtown have changed, and the customer base we have been serving are now spread out all over the city and not able to get downtown to do business

There is a connection between gentrification and the closing of Black-owned businesses in Raleigh, and the City of Raleigh needs to recognize it. Kane Realty’s proposal for the Downtown South Project, if nothing else, will displace the city’s Black community at an accelerated pace.

With Raleigh already trailing behind Asheville and Durham (Reparations – Part1), the city can’t really call themselves progressive on racial justice issues. But, this isn’t about who comes first in being progressive. Whether Raleigh will be third or last in line in NC to address the issues of systemic racism, what really matters is that they commit to taking the concrete action to do so now. It is no longer enough to just offer vague platitudes and lip service hypocritically designed to burnish their false progressive credentials. We need a local government that is genuine about making real progressive changes. Right now, that change should include the development of Downtown South where it is absolutely imperative that the residents of Raleigh, especially those who are and will continue to be impacted by environmental injustice and gentrification, must be among the decision-makers on how the community should be formed. Kane Realty and their associates cannot be the ones who have the final say on the matter.

If the leadership is not willing to give back what was owed to the people on the ground, then the people have every right to take back what is rightfully theirs in the City of Raleigh, first with the coming election by bringing in leaders who do care about the people.

Hwa Huang is currently a grad student at NC State University’s Marine Science Program. He is an advocate for vulnerable communities, and an active member of Sierra Club and Wake County Housing Justice Coalition.