Growth in Raleigh is up, up, up. So why aren’t city tax rates going down? 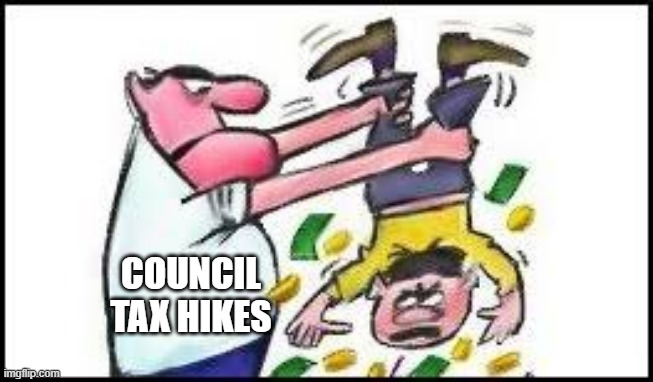 Something is rotten in the way we pay for development.

With Raleigh among the fastest growing cities in the country — with tall buildings springing up everywhere and all the small houses torn down to make room for McMansions — why are Raleigh taxpayers getting hammered by rising property tax rates?

Seriously, with growth here on steroids, you’d expect the need for taxes from existing property owners to be less — growth should be a good thing tax-wise, yes?

But it isn’t. Raleigh’s property tax rate held fairly steady from the end of the Great Recession in 2012 up to 2020. But the budget adopted by City Council in mid-2021 pushed the tax rate up by nearly 5% over the previous year.

The budget proposed to take effect in mid-2022 (at the end of this month, in other words), will push the rate up another 5 percent. Council is expected to adopt it today, June 13, 2022.

Growth is not only NOT holding our taxes down, but rather seems to be pushing them up. The faster we grow, the more taxes we pay?

And look out ahead: The Council is fixing to put a $275 million bond issue for parks on the November ballot. If it passes, it will push the property tax rate up another 10% all by itself.

You will perhaps have read that these tax increases are mere pennies. That’s the way Council “explains” them. A tax increase of just 2 cents. The tax increase for the parks bond is just 4 cents.

And these increases add up when you get your tax bill. If you were paying $3,000 a year in property taxes to the city two years ago, the increases since then, plus the parks bond, will push that bill to $3,600.

Renters, too, are paying more — maybe a lot more — as their landlords pass tax increases on to them in the form of higher rents.

And that’s just city taxes. County property taxes are going up too, mainly to pay for the increased school costs that result from growth. Remember, the school costs fall on the county and the state, NOT the city.

In the recent past, county taxes would go up every year but city taxes would go down as growth jacked up school costs but easily covered needed city services like police, fire, and yes, parks.

The question we have is: Why?